The 'Love Yourself' hitmaker is annoyed with People for the Ethical Treatment of Animals after the organization claimed that he set a bad precedent over his recent pet purchase.

AceShowbiz - Justin Bieber slams People for the Ethical Treatment of Animals (PETA) after the organization called him out for buying two part-exotic kittens. PETA said the 25-year-old singer/songwriter should have adopted rescues from shelter instead of purchasing animals from breeder.

"Justin Bieber could inspire his fans around the world to save a life by adopting a cat from a local animal shelter - rather than fueling the dangerous demand for hybrid cats, contributing to the animal overpopulation crisis, and proving that when it comes to helping animals, his stance so far is 'I don't care'," PETA Senior Vice President Lisa Lange said in a statement.

In response, Bieber defiantly posted on his Instagram Story, "PETA can suck it." He added, "PETA go focus on real problems. Like poaching, and animal brutality. Ur tripping because I want a specific kind of cat? U weren't tripping when I got my dog Oscar and he wasn't a rescue." 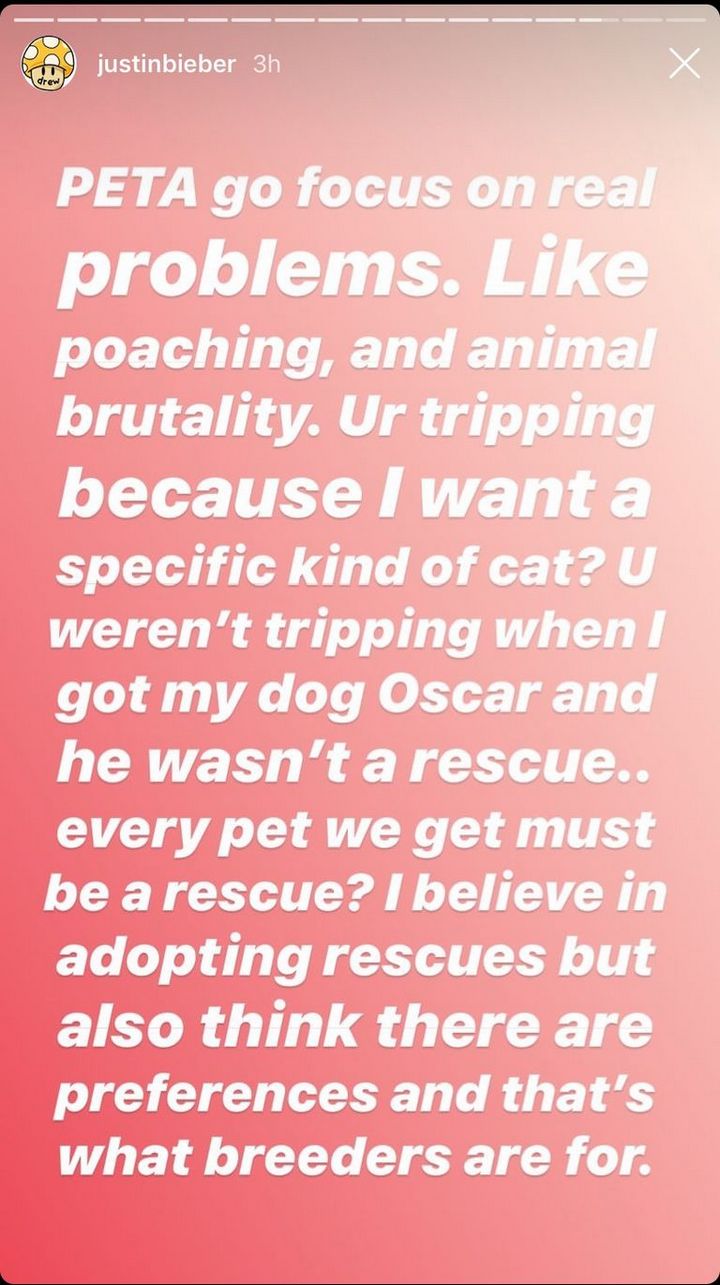 "Every pet we get must be a rescue? I believe in adopting rescues but also think there are preferences and that's what breeders are for," he went on. "PETA go help with all of the plastic in the ocean and leave my beautiful cats alone." 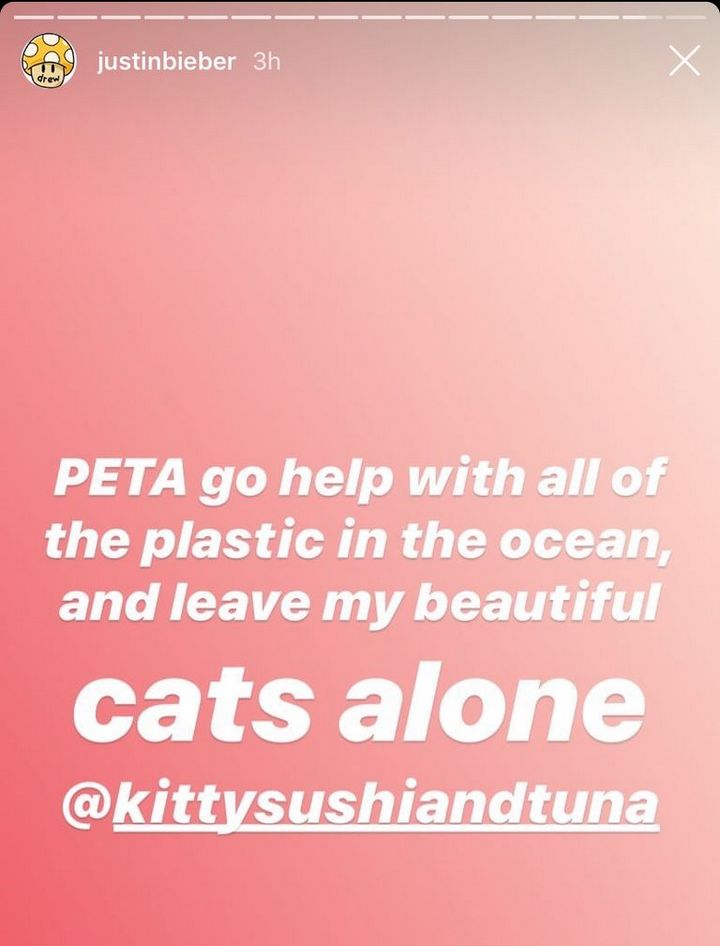 PETA President Ingrid Newkirk responded, "Sorry, Justin, but you must think more deeply about this issue: When millions of animals are losing their lives every year because not enough people adopt - choosing instead to shop - the animal overpopulation crisis is a 'real problem.' That's what 'sucks.' "

"PETA urges you to spend just one hour in a municipal animal shelter with us - we think you'll understand how hard it is to look into the animals' eyes and know that because people pay breeders, many of them will pay with their lives," Newkirk added. "You have the power to be a great role model on this issue - your behavior guides that of tons of your fans - so please put that to good use."

Justin Bieber bought his two Savannah cats for $20,000 and $15,000 from Illinois-based breeder Select Exotics. He quickly set up an Instagram page for the two pets, named Sushi and Tuna, and it raked in 268,000 followers and still counting.

Savannah cats are banned in some U.S. states but they are allowed in California, where Bieber lives with his wife Hailey Baldwin.