Hilary Swank to Make a Return as 'P.S. I Love You' Character in Sequel

When confirming that 'Postscript' has been picked up for a big screen adaptation, author Cecelia Ahern reveals that the Holly Reilly-Kennedy depicter in the first movie has reached out to her.

AceShowbiz - Hilary Swank will reprise her role as Holly Reilly-Kennedy in the sequel to romance "P.S. I Love You".

Author Cecelia Ahern has confirmed "Postscript", her new follow-up to the novel which inspired the 2007 movie, is to be adapted into a film, and she's certain "supportive" Swank will be back as her leading lady, who was grieving the sudden death of her husband, played by Gerard Butler, in the first film. 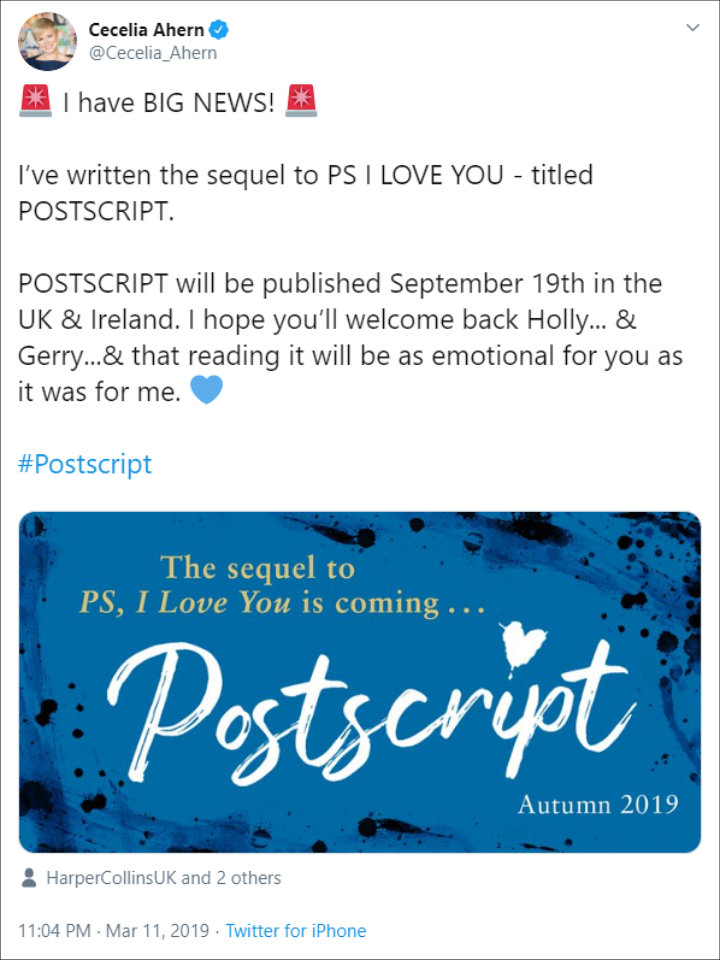 Ahern tells RTE Radio 1, Hilary reached out to her as soon as she heard the author was writing the sequel, which picks up seven years after the first novel as Holly agrees to help other terminally ill people write farewell letters to their family members, friends and lovers.

In the first film and book, Holly receives 10 letters over 10 months, which her late husband wrote before his death to encourage her to get on with life after his passing.

"Hilary Swank emailed me straight after the news emerged that I was writing Postscript," Cecelia explains. "She was so supportive and said, 'I'd love to read the book...', which was so lovely of her. And she read it and instantly we were back in again. We all decided we definitely wanted to do this again."

But the author urged fans to wait as there isn't a screenwriter or director currently attached to the project.

Video: Dog The Bounty Hunter Chokes Up as He Says 'Broken Heart' Caused His Health Emergency