During an appearance on 'Good Morning Britain', the 'Nothing Compares 2 U' hitmaker further alleges that the late 'Purple Rain' singer left another woman 'in hospital with broken ribs.'

AceShowbiz - Sinead O'Connor has alleged that the late musician Prince once attacked her at his house in Malibu, Los Angeles and claimed he left another woman "in hospital with broken ribs."

During an appearance on U.K. morning show "Good Morning Britain" on Monday, September 16 the controversial singer recalled she and Prince had got into a physical altercation at his LA home. She claimed there were other women who had been physically abused by the singer, who died aged 57 in 2016 from an accidental overdose of fentanyl, including a member of his band.

Sinead was asked about her relationship with Prince after an emotional performance of her 1990 hit "Nothing Compares 2 U", which was written by the Minneapolis born star.

"We met once but we didn't get on very well, we tried to beat each other up," she told the hosts, "Well it was more that he was trying to beat me up and I was defending myself."

Despite her nervous laughter, she described the incident as "very frightening experience."

"He summoned me to his house one night and I foolishly went alone not knowing where I was," the singer explained. "He was uncomfortable with the fact I wasn't a protege of his and that I'd just recorded the song. He was wanting me to be a protege of his and ordered that I don't swear in my interviews."

"Of course, I told him where he could go and he went for me... he went upstairs and got a pillow and he had something hard in the pillow," she continued. "I ran out of his house, I'm hiding behind a tree, he's going this way in his car we meet on the highway in Malibu at five in the morning - I'm spitting at him, he's trying to punch me."

She explained how she escaped the star by ringing on a stranger's doorbell.

The 52-year-old, who has converted to Islam, insisted she's "not the only one he went at", alleging the singer had hospitalised a woman in his band "with broken ribs at the time."

Representatives of Prince's estate are yet to respond to the allegations.

Adele Plans a Comeback With 'Optimistic' Song Inspired by Divorce

Lauren Alaina on Split From John Crist: It Just Didn't Work Out 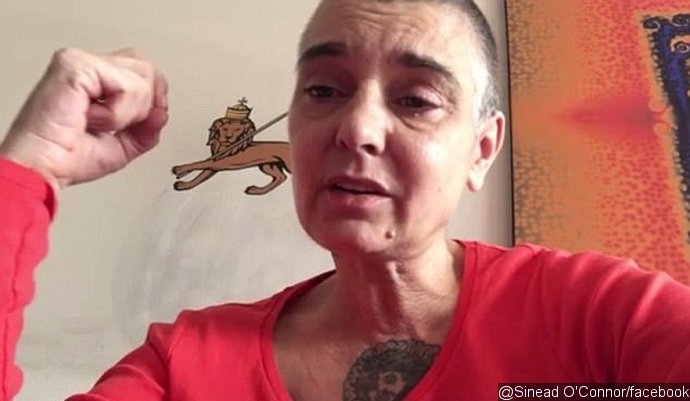