One other thing that catches people's attention from his appearance at the award-giving event, which is held at the Tate Modern, is the 'Promises' singer's fashion choice regarding his footwear.

AceShowbiz - Has he found his new love of his life? Sam Smith sparked romance rumors when he arrived at the 2019 GQ Men of the Year Awards which took place at the Tate Modern on Tuesday night, September 3. The singer seemed to be in good spirits as he graced the red carpet with a mystery man.

The 27-year-old British star was seen walking hand-in-hand with the man, who was said to be his new boyfriend. For the award-giving event, the "Dancing With a Stranger" singer opted for an all-black outfit, consisting of a decadent black lace shirt which he wore under a smart suit. 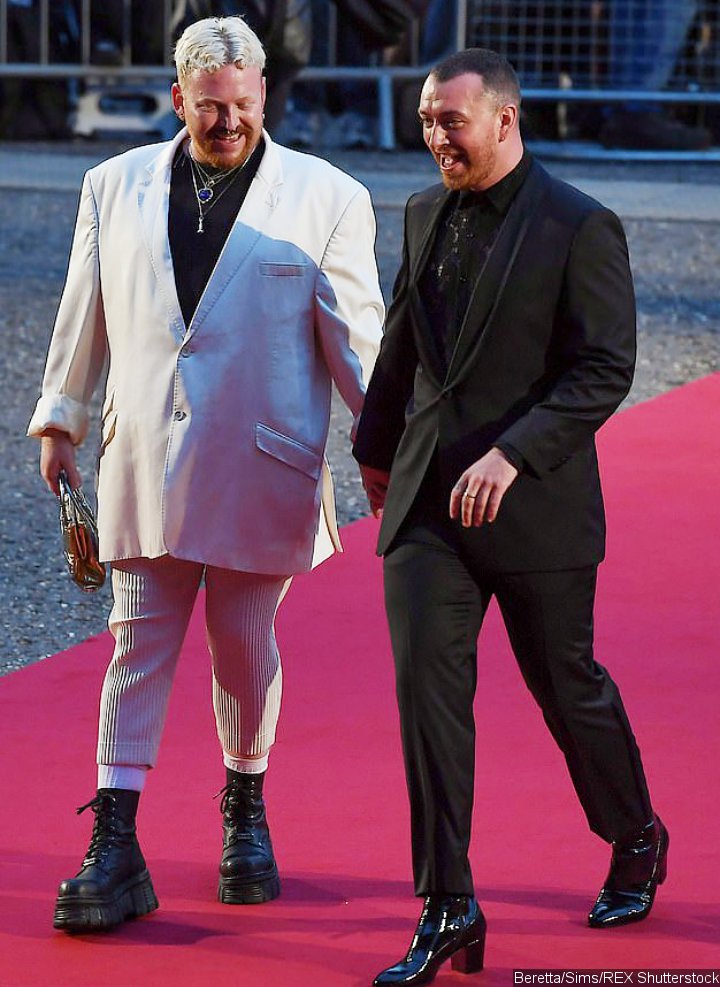 Sam Smith sparked speculation about having a new boyfriend while gracing the red carpet with a new man.

One thing that caught people's attention the most from his choice of fashion that night was the "Promises" singer's footwear. The musician, who previously came out as non-binary, sported black shiny heels from Gucci while completing his look with gold hoop earrings and rings. As for his companion, he wore a cream suit which he teamed with black platform boots and a layer of necklaces.

"And I just thought 'F**K YES'!! There was a time where I thought I'd never ever ever be able to be myself like this in front of the industry or anyone," he went on writing. "It feels so good and I just wanted to share that with you all, and share a picture of my GORJ Gucci heels. They'll always be my virgin heels."

His celebrity friends quickly flooded the comment section with gushing comments. "So proud of you," said Demi Lovato, while Lauren Jauregui left two heart-eyes emojis. Natasha Bedingfield was also among the commenters as she wrote, "Love u and love this story so much!"

Sam came out as non-binary in a May interview with British GQ magazine. "Ever since I was a little boy, ever since I was a little human, I didn’t feel comfortable being a man really. I never really did," he shared. "Some days I've got my manly side and some days I've got my womanly side, but it's when I'm in the middle of that switch that I get really, really depressed and sad. Because I don't know who I am or where I am or what I'm doing, and I feel very misunderstood by myself. I realised that's because I don't fit into either."

"I was with my mum last night and she said something so beautiful. 'I'm so relieved that you and me and your whole family have a way to explain this, because it's also been eating me up your whole life.' Because my mum could see it and that it was a torture going on in my mind," he added.

Cardi B Goes Off on 10-Year-Old Rapping Quartet