The 'Saturday Night Live' star and the actress seem to be in good spirits when they are snapped leaving their hotel in Venice, Italy before getting into a boat.

AceShowbiz - Things are apparently looking great for Pete Davidson and Margaret Qualley. Amid rumors of them dating, the comedian and the actress were spotted going on a date night in Venice, Italy on Sunday, September 1.

Both of them seemed to be in good spirits when they were snapped leaving their hotel in the romantic city before getting into a boat. According to an eyewitness, Pete and Margaret were having a good time as they headed out for the evening. Keeping things low-key yet casual, the "Once Upon a Time in Hollywood" actress slipped into a dazzling blazer-dress that showed off her model-like legs. She additionally had her long hair pulled back into a ponytail.

As for the "Saturday Night Live" star, he opted for a navy polo shirt that he tucked into his black pants. He simply teamed up his look with a gold-colored bracelet. 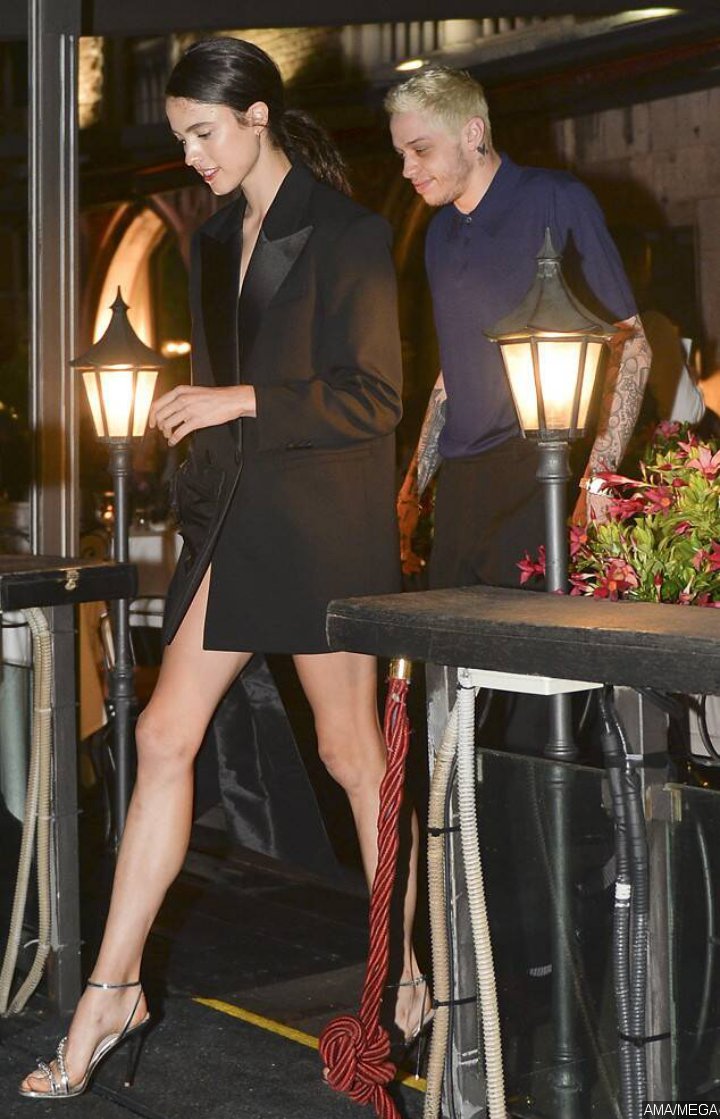 Pete Davidson and Margaret Qualley were spotted on a date night in Venice, Italy.

Pete and Margaret are rumored to be dating for a few months, with them arriving at Venice's Marco Polo Airport together earlier this week. According to an onlooker, the pair "were standing and chatting [and] laughing. There wasn't much PDA, but he was in a good mood and the two of them were joking around."

Later on Friday, Pete joined the daughter of Andie MacDowell at the screening of her new movie "Seberg" at the Venice Film Festival, though they arrived separately. However, the comedian was spotted sitting just behind his rumored girlfriend throughout the screening of the movie.

Prior to being rumored to date Margaret, Pete was in a high-profile relationship with Ariana Grande. The two even got engaged at one point, but called it off after a few months. He later dated Kate Beckinsale, though their relationship also didn't last long. Meanwhile, Margaret previously dated Nat Wolff and director Cary Fukunaga, who helmed "No Time to Die".

Pete Davidson Is So Skinny That He Could Perch on Phone Wire, Co-Star Says

Pete Davidson Vows to Stay Away From Dating