The 'Soul Survivor' hitmaker and the host of talk show 'The Real' are confirmed to be officially an item after they attended the inaugural SnoBall Gala together last week.

AceShowbiz - Jeezy (previously known as Young Jeezy) and Jeannie Mai are officially dating, months after they first sparked the rumors. The two attended the inaugural SnoBall Gala, which was held to raise funds for his non-profit, Street Dreamz, as a couple last week.

A representative for Jeezy confirms to PEOPLE, "The couple walked into the event arm-in-arm and were all smiles through the night." Jeannie supported her rapper boyfriend from the audience as he received his second Phoenix Award for his contributions to Atlanta's youth and to celebrate the release of his latest album, "TM 104: Legend of the Snowman".

The 40-year-old TV personality bared cleavage in a white shimmering dress with a plunging neckline and a very high slit. Her man, meanwhile, looked sharp in a black-and-white tuxedo with a black bowtie. 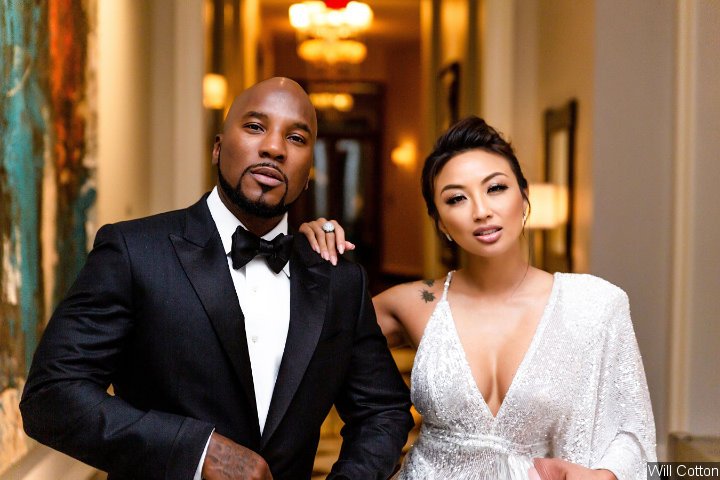 Jeezy and Jeannie Mai at the inaugural SnoBall Gala

People later took to social media to react to Jeezy and Jeannie's dating news. While some people have congratulated the couple, writing comments like, "Yeeaaaaag Jeezy!", "I love this because I honestly like the both of them" and "If she's Asian this makes perfect sense for him Congrats," some others sounded bitter that the rapper is dating a non-black woman.

"Damn.. and I loved me some Jeezy.. they get rich & go the opposite direction," one sarcastically wrote. Another similarly commented, "Sounds about normal. Slander anything closely related to black women in your music and turn right around and date/uphold another race. Yep, sounds about correct."

"Where the black men that had soooo much to say about Serena, Viola, Issa and etc?" someone else added of Jeezy. Another slammed Jeannie, "Jeannie been fetishising rappers since forever. I wish she'd go away."

Jeezy and Jeannie were first reported to be romantically linked to each other in January of this year, after Malika Haqq shared a photo of the pair alongside herself and boyfriend O.T. Genasis, as well as Lori Harvey and singer Trey Songz.

Addressing her relationship with the 41-year-old hip-hop star at the time, Jeannie said on her show "The Real" that they're not exclusively dating yet. "Jeezy and I hang out. He's very special to me, so we don't really have a label to define what it is we're doing. We're just having a good time together," so she claimed.