The 'So What' singer is facing criticism from Fox News contributor Britt McHenry and other conservatives after sharing Brian Bilston's 'America is a Gun' in the wake of Texas and Ohio shootings.

AceShowbiz - Pink has hit back against critics of a controversial gun violence poem she shared, insisting the piece was supposed to "cause dialogue".

The "So What" singer shared Brian Bilston poem, titled "America is a Gun", on her Instagram account in response to the mass shootings Texas, Ohio and California in the space of a week, claiming the lives of 31 people.

"England is a cup of tea/France, a wheel of ripened brie/Greece, a short, squat olive tree/America is a gun," the first stanza of the poem reads, and ends with: "Japan is a thermal spring/Scotland is a highland fling/Oh, better to be anything/than America as a gun." 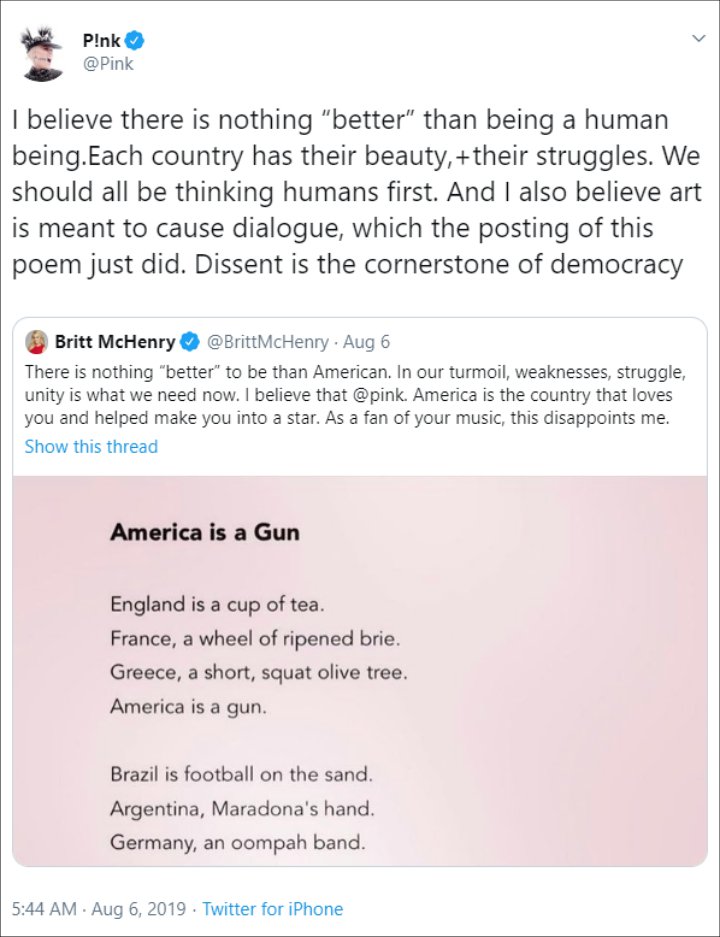 "I believe there is nothing better than being a human being," she wrote on Twitter. "Each country has their beauty, +their struggles. We should all be thinking humans first. And I also believe art is meant to cause dialogue, which the posting of this poem just did. Dissent is the cornerstone of democracy."

Pink Lands in Hospital After Fracturing Her Ankle