The 'Dawson's Creek' alum and his British model girlfriend hint at their imminent wedding after they're spotted obtaining a marriage license in Beverly Hills.

AceShowbiz - Joshua Jackson and his girlfriend Jodie Turner-Smith are taking their relationship to the next level, less than a year after they started dating. The Canadian-born actor and the British model are set to tie the knot as they were spotted obtaining a marriage license on Friday, August 2.

In pictures obtained by Daily Mail, the pair were seen picking up the paperwork at a courthouse in Beverly Hills. They were all smiles as they dressed casually. The 41-year-old actor wore a fitted V-neck blue T-shirt and light jeans with white sneakers, while his soon-to-be-wife flaunted her toned abs in a baby blue short-sleeved crop top and a pair of high-waisted flare jeans. She completed her chic look with a round hat and black slippers. 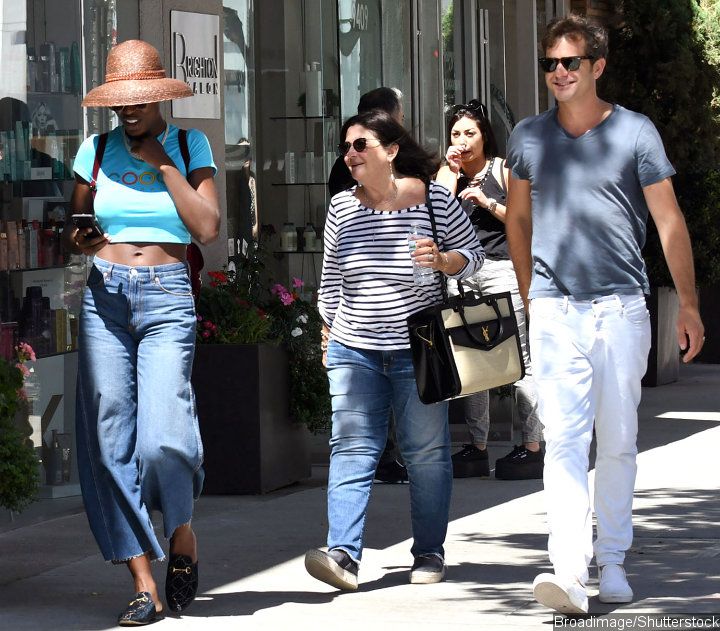 Joshua Jackson and Jodie Turner-Smith stepped out to obtain a marriage license at a courthouse in Beverly Hills.

Marriage license is valid for 90 days, so it is likely that they will wed shortly. There hasn't been a statement either from Joshua's team or Jodie's about their alleged wedding plan and their visit to the courthouse.

Joshua and Jodie first sparked rumor that they're together after they were spotted cozying up to each other at Usher's 40th birthday party in October 2018. "They were all over each other," a source told Us Weekly at the time. "Super smitten and gazing into each other’s eyes as they danced together the whole night."

They were photographed together at numerous occasions since then, but Joshua sparked a split rumor when he was pictured kissing another woman at Los Angeles International Airport six weeks ago. The "When They See Us" star was seen locking lips with the mystery woman while dropping her off after a lunch date on June 13. Just two days before, he was still with Jodie when he attended a party in New York City.

Joshua was previously in a longtime relationship with Diane Kruger before they broke up in 2016 after 10 years together. He also dated his "Dawson's Creek" co-star Katie Holmes during the first two seasons of the show's run and was briefly linked to actress Alyssa Julya Smith following his split from Diane.