In related news, Netflix has announced that the teen drama has been renewed for a fourth season, which will also serve as the controversial show's last, though premiere date has yet to be set.

AceShowbiz - The first trailer of "13 Reasons Why" season 3 has found its way out online. The new footage of the upcoming season of the controversial series hints at the explosive ending of the series with the death of one of the major characters.

The trailer, which was released by Netflix on Thursday, August 1, unveils the central plot of the third season. It opens with police who are searching for something, before the camera pans to the students of Liberty High School.

"Here's the thing about Liberty High," a voiceover says. "They're connected by their secrets. Connected and forever changed." Zach Dempsey later is seen sitting on the bleachers with Bryce Walker's girlfriend, Chloe Rice, while Jessica Davis is fighting with Montgomery de la Cruz in the hallway. The trailer also features Alex Standall choking Montgomery in a bathroom.

"The truth is, given the right circumstances, the right motivation, anyone could have done this," adds the voiceover. Then the trailer cuts to a scene of the students surrounding a casket in a cemetery. A framed photo of Bryce in his varsity jacket is seen next to the casket, before the words, "Who killed Bryce Walker?" flashes on the screen.

"I need to know what happened to my son," Bryce's mom says to her son's classmates. "If any of you know anything, please say something." Clay Jensen appears to open his mouth, as if he is about to say something, but before that, the trailer dramatically ends.

Eight months after preventing Tyler from committing an unthinkable act at Spring Fling, Clay, Tony, Jessica, Alex, Justin, and Zach find ways to shoulder the burden of the cover-up together while helping Tyler move toward recovery. But when the aftermath of a tumultuous Homecoming game culminates in the disappearance of a football player, and Clay finds himself under police scrutiny, it’s up to a shrewd outsider to steer the group through an investigation that threatens to lay bare everyone’s deepest secrets.

The stakes are raised in this riveting third season of "13 Reasons Why", as the consequences of even the most well-intended actions can alter a life forever.

In related news, Netflix has also announced that "13 Reasons Why" has been renewed for a fourth and final season. Season 4 will feature the core cast's graduation from high school and the production is said to be underway.

Season 3 of "13 Reason Why", which will introduce a new character Ani (Grace Saif), is set to arrive on August 23 on Netflix. 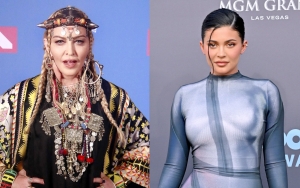 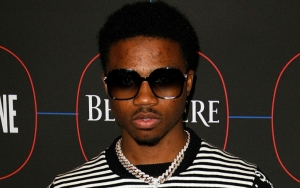