Claiming that he did not realize 13-year-old Alabama was a minor, Graham Sierota explains in his apologetic statement that he 'made a careless mistake' and felt very badly about it.

AceShowbiz - Echosmith drummer Graham Sierota has apologised to rocker Travis Barker and his daughter after sending the 13-year-old inappropriate texts.

The Blink-182 star called his fellow drummer out for "predatory" behaviour earlier this week, beg July 29 after revealing Sierota, 20, had invited Alabama to a barbecue he was hosting, while complimenting the teen on her music and looks. 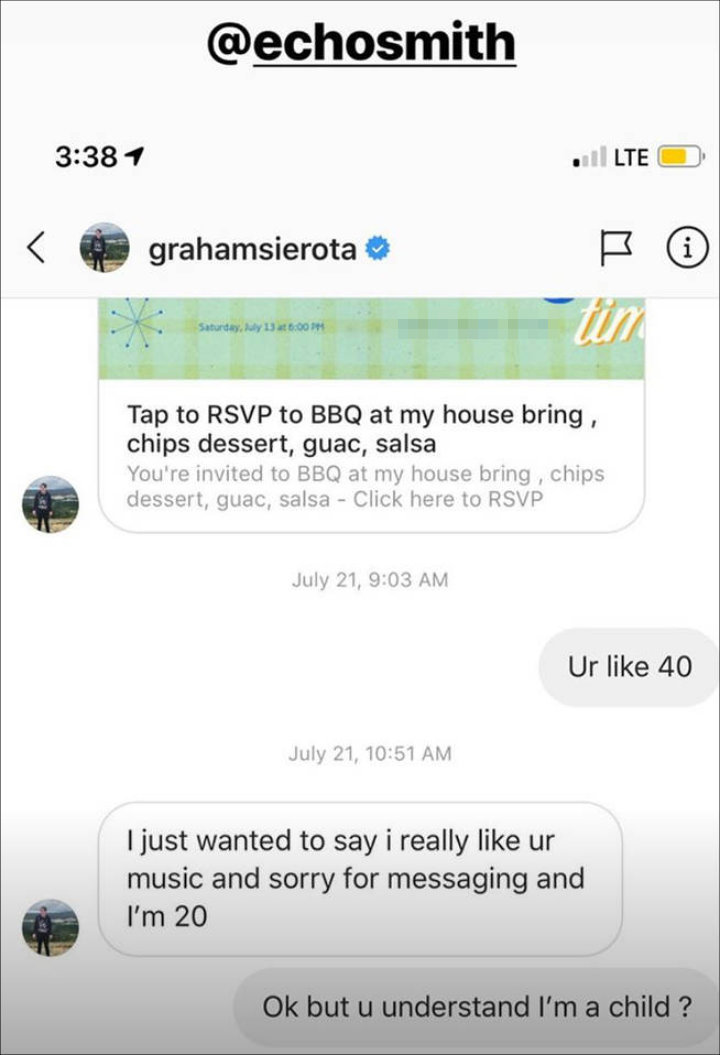 In a new statement to The Blast, the Echosmith star insists he had no idea Alabama was so young.

"I had invited Alabama to my parents' big family BBQ along with many other people, and it wasn't until she responded that I realized her age at which point I apologized to her," he explains.

"I'm really sorry and feel very badly about this. I didn't realize she was a minor and assumed she was my age. I made a careless mistake and this is a big lesson for me. I would like to apologize again to Alabama, her dad Travis, and her family".

Travis called the rocker's texts "disgusting" after Alabama posted a direct message from Sierota online, adding: "Hey guys! So once again I am bringing this to your attention because I'm a 13 year old girl and he is 21/20 super creepy".

UPDATE (Aug. 9, 2019): Alabama Barker has taken to Instagram Stories to state that she accepted Graham Sierota's apology for direct-messaging her. Click here to read her post.