The Joaquin Phoenix-starring movie, which is included in the competition line-up at the Venice Film Festival, is described 'darker than 'The Dark Knight' and it's Phoenix at the height of his powers.'

AceShowbiz - Joaquin Phoenix gets insane in new photos for Todd Phillips' "Joker". Making their way out online, the photos hint at Arthur Fleck's (Phoenix) journey into complete madness that turns him into the famous comic book villain known today.

In the first photo, Fleck seems to have a mental breakdown in a public transportation. He screams during a bus ride, scaring another passenger around him. The second photo features him tearing up while getting his clown makeup done. 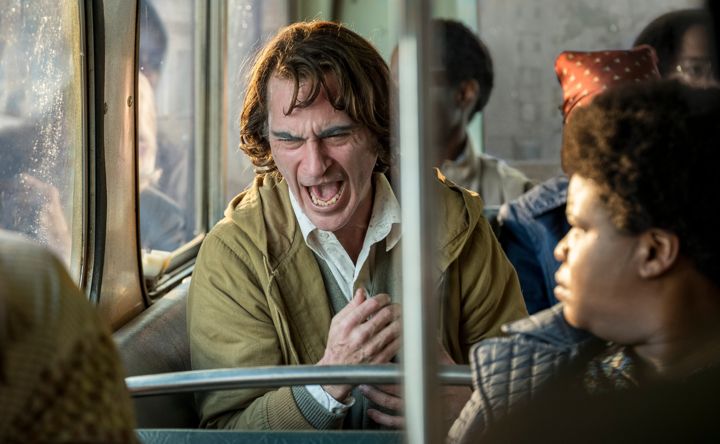 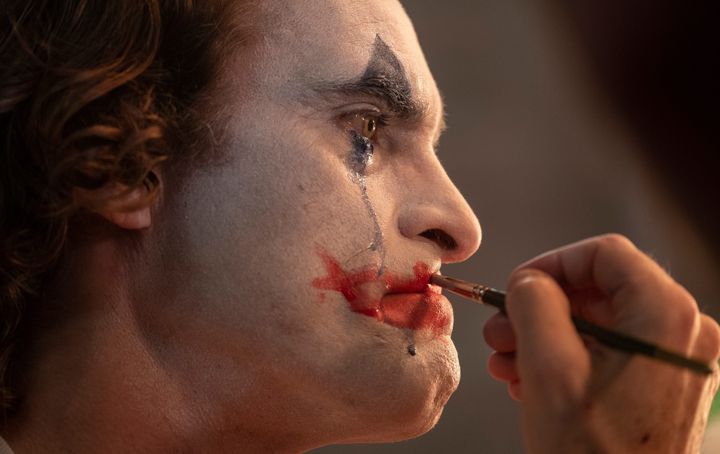 In the third photo, he fully transforms into the villainous character, wearing the infamous clown's attire while dancing on a staircase. The movie's director, Phillips, shares a similar photo via his Instagram account, capturing Fleck from a different angle. 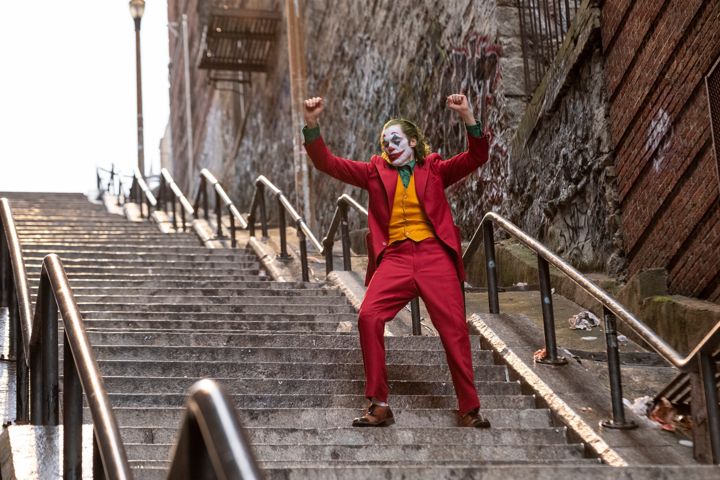 Along with the photo, the filmmaker announces that "Joker" will have its world premiere at the Venice Film Festival. He writes, "Honored and thrilled to be having our World Premiere at the 76th Venice International Film Festival and our North American premiere two weeks later at the Toronto Film Festival. Excited for everyone to finally get a look."

Speaking at the Rome press conference announcing the line-up, Venice's festival director Alberto Barbera justified the film's inclusion as a contender for the Golden Lion prize, saying "Joker" is "darker than 'The Dark Knight' and it's Phoenix at the height of his powers."

"Joker" is an origin story of the iconic Batman villain. It is described as "an exploration of a man disregarded by society that is not only a gritty character study, but also a broader cautionary tale."

Bow Wow Gets Cozy With Mystery Woman After Being Confronted by T.I. and Nelly Over Ciara Diss

Todd Phillips: Joaquin Phoenix and I Are Open to 'Joker' Sequel

'Joker' Sequel Not in the Works Just Yet Despite Report

Joaquin Phoenix: Onscreen Gun Violence in 'Joker' Made Me Uncomfortable