The 'Nashville' star herself has been dealing with domestic violence charges against her boyfriend Brian Hickerson after the two of them got in a violent clash at her home in early May.

The 29-year-old's daughter Kaya, four, has reportedly been living in Ukraine with her father, ex-boxer Wladimir Klitschko, since August 2018.

According to editors at People, Kaya has been with her father amid the trouble in Panettiere's life. Her boyfriend Hickerson is currently facing felony charges for domestic abuse after the pair were involved in a violent clash at her home on 2 May 2019.

"Her life is in flux with her daughter living away, and she has other issues weighing on her mind," a source told the news outlet.

Panettiere last took to Twitter back in February 2019 to share a sweet shot of her daughter sleeping. 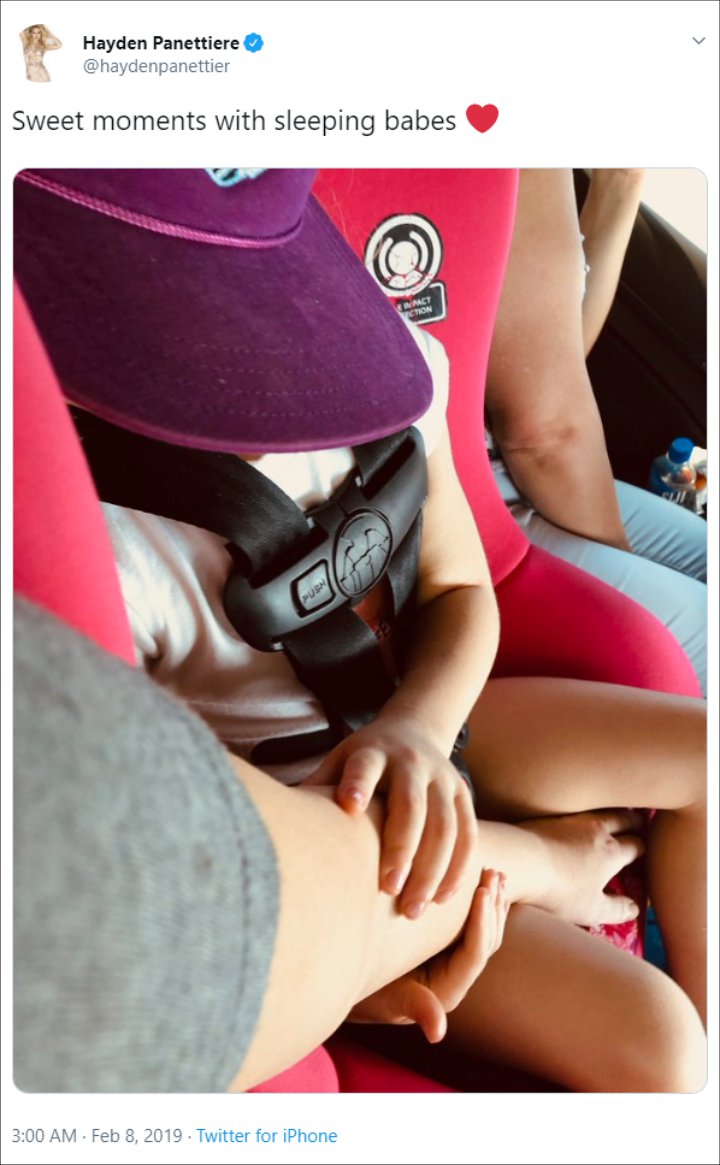 Hayden Panettiere's last update with her daughter was in February.

The "Nashville" star's family and friends are reportedly begging her to "move on" from the relationship.

"It is totally out of control and she has to get over this guy," the source told People. "Her friends and family have been worried about her for quite a while, and things seem to have gotten worse."

Hickerson's lawyers tried to fight the charges against him in court last Wednesday (July 10), arguing Panettiere was also to blame for the bust-up, but the judge denied the defendant's motion for dismissal.

The aspiring actor was also slapped with a restraining order, demanding he stay at least 100 yards (91 metres) away from Panettiere.

If convicted of the felony, he faces up to four years in prison.