The musicians' collaboration, which is produced by Norwegian duo Stargate, will serve as the soundtrack to the K-Pop superstars' upcoming mobile game BTS World.

AceShowbiz - Following Halsey, Charli XCX has become the latest western musician to get the chance to work together with BTS (Bangtan Boys). The songstress and the K-Pop superstars have recently unleashed a joint song entitled "Dream Glow" that will serve as the soundtrack to the band's upcoming mobile game BTS World.

Produced by Norwegian duo Stargate, the song finds Charli and BTS exchanging lyrics about pushing through obstacles and pursuing dreams in English and Korean. "Sometimes my dreams come true/ Sometimes they turn to blue," the "Boom Clap" hitmaker rhymes over the soft trap beats.

Following the release of the song, Charli took to her Twitter account to recall how the collaboration came to happen, revealing that she came up with an idea for the song "probably 4 or 5 years ago." However, it wasn't until 2017 when she was motivated to do a collaboration with BTS. "We weren't sure whether it would just be just song writing or all of us singing or what, but we knew it would be cool to do something," she said. 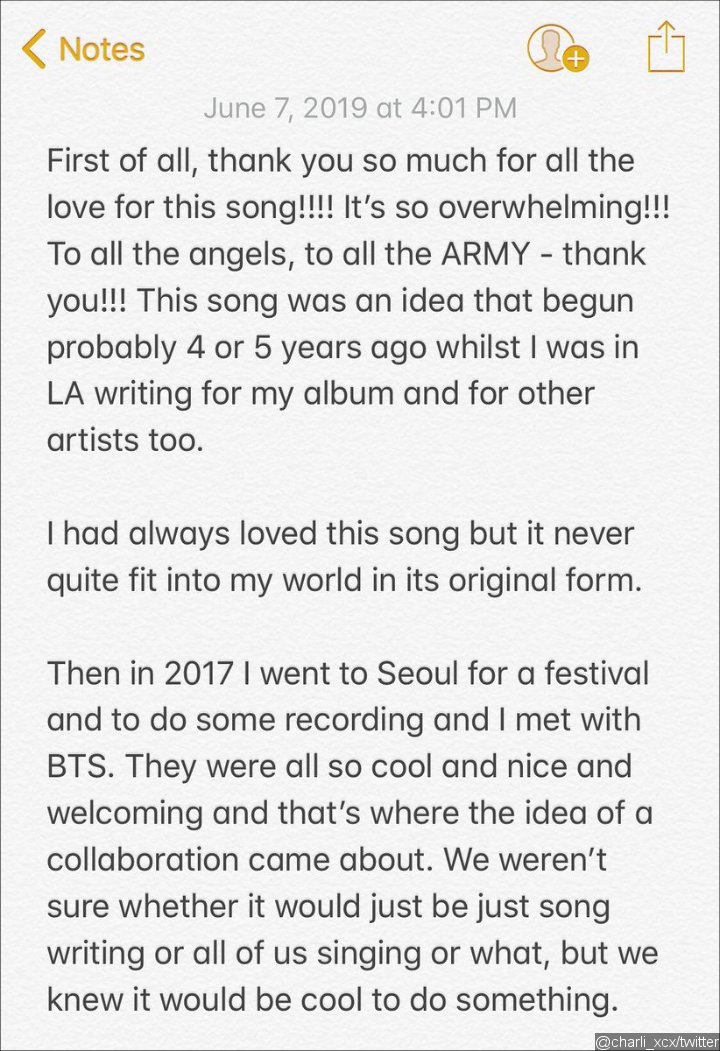 Charli XCX explained how their collaboration came to happen.

Charli went on saying that she originally intended to make the track a love song, but "the guys flipped it to be about following your dreams and becoming empowered." She continued, "I liked this a lot. I don't usually write songs like that so it was cool for me to be involved with this kind of emotion." Concluding her lengthy post, Charli praised her collaborators, "Working with BTS has been so easy and fun. I really think are on the NEXT LEVEL and I'm loving being a part of their world." 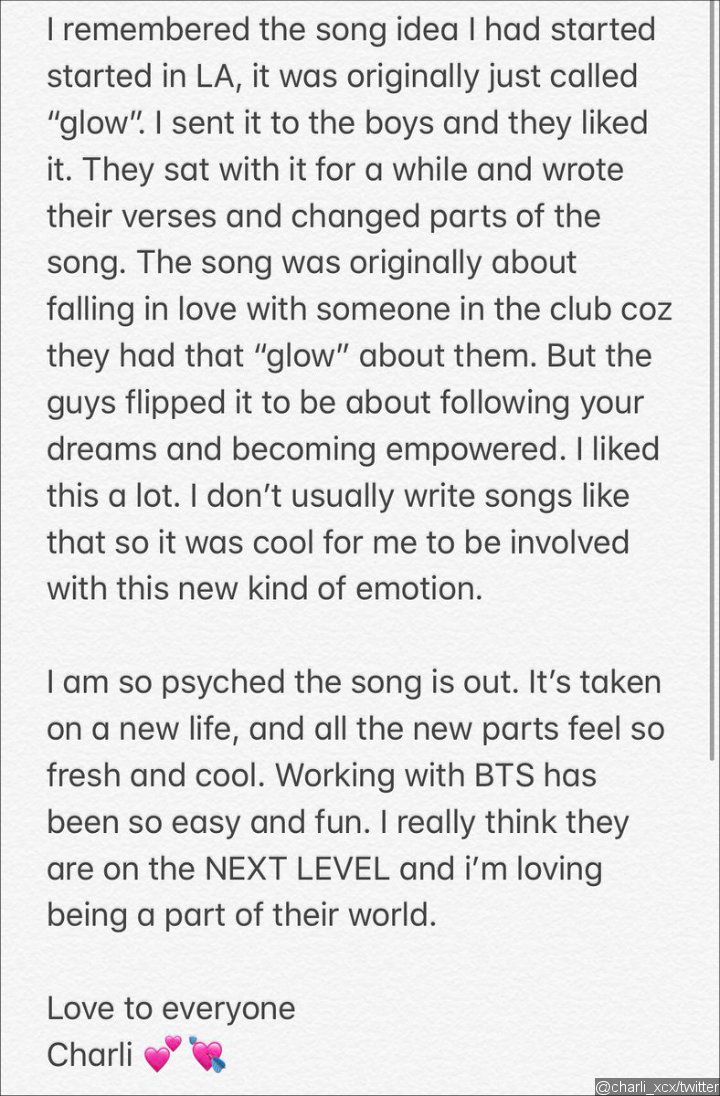 Charli XCX said that the song was originally intended to be a love song.

BTS World is set to be launched on June 25 in the United States. In the game, players will be the group's manager with the goal of making the band into superstars. The game will have over 10,000 new photos as well as 100 never-before-seen clips of the group in action.