Rumors of the 16-year-old Internet personality and female emcee eating for two first sparked following news of her being hospitalized due to severe stomach pain.

AceShowbiz - Is Bhad Bhabie a.k.a. Danielle Bregoli going to be the next teen mom? Rumors have been swirling that the 16-year-old Internet sensation and female emcee is eating for two following news of her being hospitalized due to severe stomach pain.

Earlier this week, sources told TMZ that Danielle had already been experiencing the pain for a few days, but it got severe when she was about to board a flight from Fort Lauderdale to Los Angeles. After speaking to flight attendants, her team decided to get her off the plane and rushed her to a nearby hospital, where she underwent several tests. While the results turned to be negative, she was advised to rest for a few days.

Her manager later confirmed to PEOPLE that Danielle is currently "stable."

While her manager didn't disclose what caused the star's stomach pain, many assumed that it might be due to her having a bun in the oven. "So is Bhad Bhabie pregnant???" one social media user asked as some others were already convinced that the speculation is true. "If Bhad Bhabie gets pregnant... god help this gen," another wrote.

But before the speculation got even wilder, Danielle debunked the report through Instagram Stories. Sharing a picture of a crying cat emoji, she wrote, "lol I'm not pregnant wtf where y'all come up with this s**t." Some of her fans have also shut down the speculation, with one writing, "Just because bhad bhabie has stomach issues for a few days and had to go to the ER does NOT mean she's automatically pregnant. Y'all are annoying." 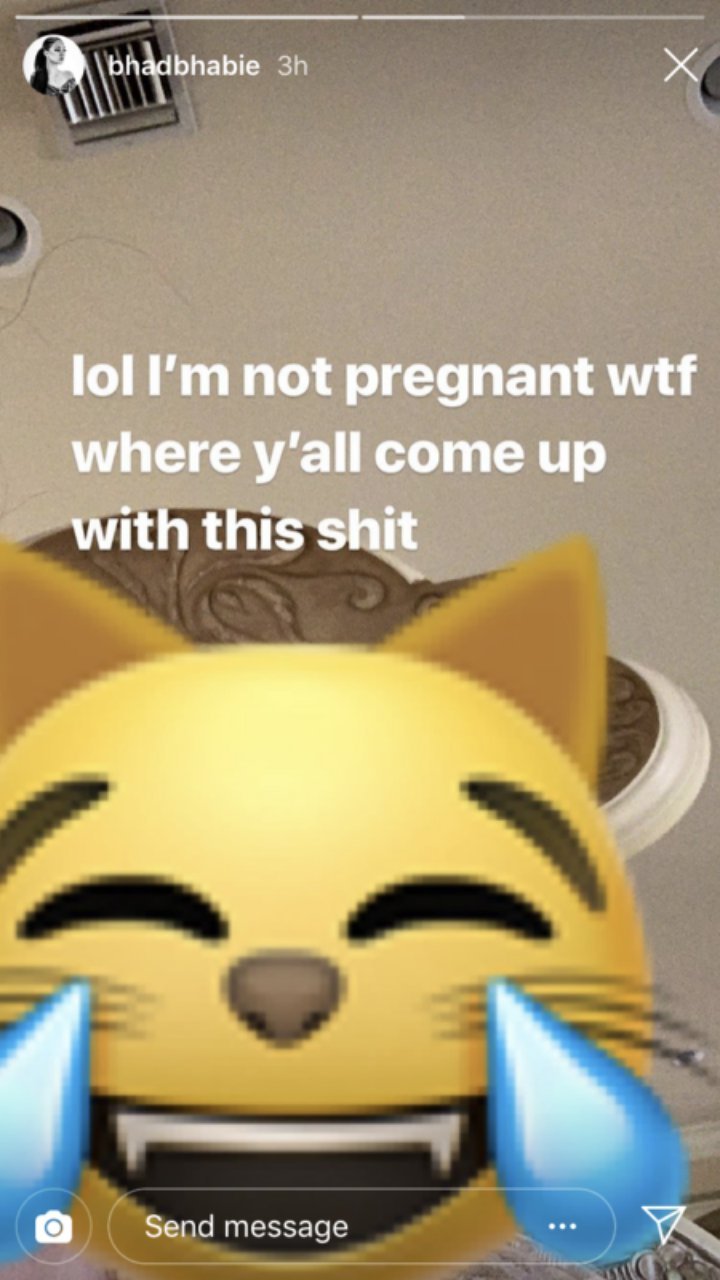 Danielle first rose to stardom following her appearance on "Dr. Phil", on which she said the phrase, "Cash me outside, how 'bout dat." It then became a viral video meme and catchphrase. She has now signed a record deal with Atlantic Records and expanded her career into reality shows, makeup brands and music.

Report: Bradley Cooper and Irina Shayk Living Apart as Their Relationship Is 'Cooling Off'

Bhad Bhabie Offers Evidence of Her Not Getting Lip Injections

Orlando Brown Beaten Up and Kicked Out of House