One of the photos that surfaces online features the mother and son duo walking hand-in-hand with big smiles on their faces while attending a scheduled appearance in Chicago.

AceShowbiz - The recent altercation between her son Kevin Jr. and estranged husband Kevin Hunter seemingly didn't really bother Wendy Williams. The 54-year-old TV host was seen in good spirits while stepping out together with her 18-year-old son, just one day after the latter was reportedly arrested for assaulting his dad.

Wendy and Kevin attended a scheduled appearance for her partnership with Snack Pop's Candy Pop and Cookie Pop as well as Pasta Snacks in Chicago on Wednesday, May 22. Wendy looked casually stunning in a black outfit with plunging neckline. Her son was also twinning in a black suit which he paired with a white shirt.

One of the photos that surfaced online saw the mother and son duo walking hand-in-hand with big smiles on their faces.

Of Wendy's mood at the event, a source spills to HollywoodLife.com, "Wendy was honestly so lovely, so happy and in great spirits on Wednesday at a planned appearance in Chicago. If she was stressed or upset, you would never know as she was upbeat the whole time."

"She had her son Kevin Jr. in tow with her and the two arrived that morning from NYC and headed to the event straight from the airport," adds the source.

The insider goes on saying that "The Wendy Williams Show" host "had a blast at the event booth and was excited to discuss a new charity partner she was working with. She said it was great to see tons of love for her in Chicago." The source continues, "There were lots of women screaming her name and asking for selfies shouting, 'Love you Wendy!' as she walked by. You could tell how much she knows she's loved." 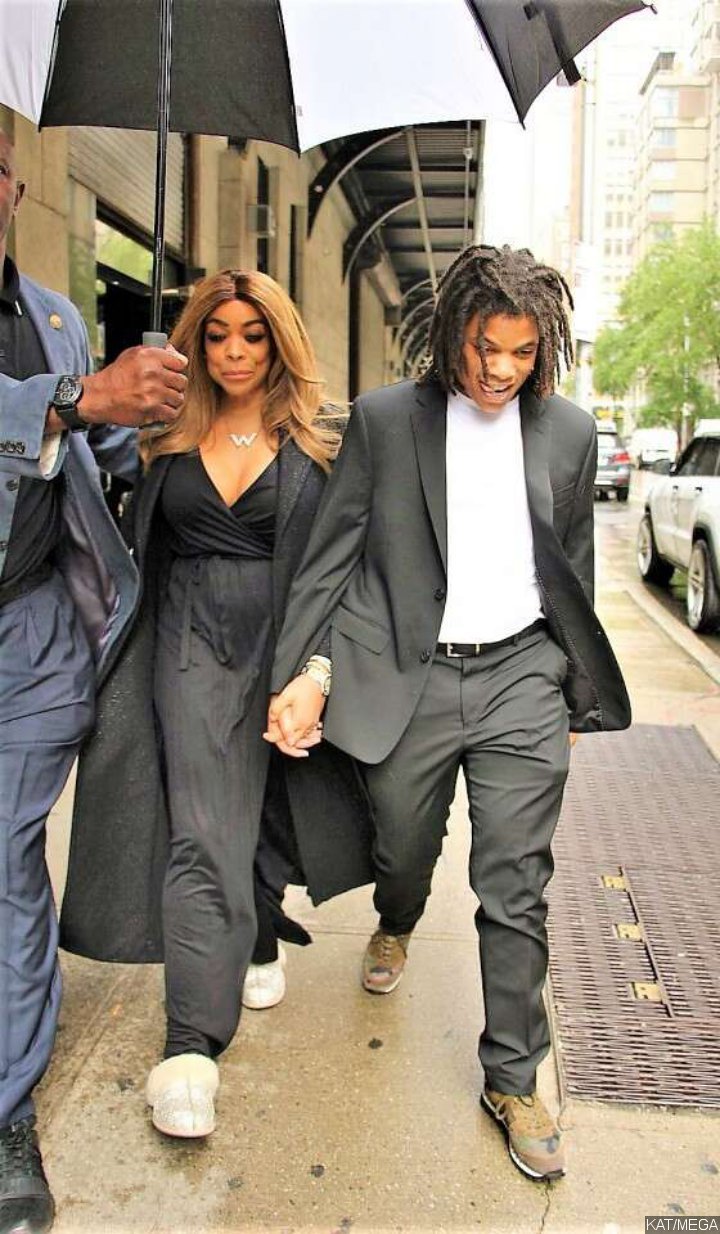 Wendy and Kevin Jr.'s outing arrives in less than 24 hours after it was revealed that the latter punched Kevin Sr. at a store parking lot earlier that day after getting into an argument over his dad's demand for spousal support. According to previous report, Kevin Sr. allegedly claimed that Wendy attempted to "brainwash" their son, and things got escalated when the former put his son in a headlock in an attempt to calm him down. Kevin Jr. was also said to be fighting back and puching his father right in the face.

Rumor has it, the tension between the two started on Tuesday night after Kevin told Kevin Jr. that he needed to work hard on his own and without Wendy's handouts.

Kevin Jr. was arrested for the incident, though his dad revealed that he didn't plan to press charges against his son. "I love my son very much and I will not be pursuing this matter legally. Things are not always how they appear," Kevin Sr. tells TMZ. However, police proceed with an investigation into the "incident" despite Kevin's decision not to pursue the matter legally.