The Canadian superstar does a lot of things to hit back at Mallory Edens, including changing his Instagram profile picture to an image of the daughter of Wes Edens.

AceShowbiz - Toronto Raptors superfan Drake has recently sparked outrage among both fans and team members of Milwaukee Bucks due to his sideline antics. Among them was Mallory Edens, the daughter of Bucks' co-owner Wes Edens. But instead of letting Drake do what he wanted, she trolled the Canadian superstar when she attended Game 5 of the NBA Eastern Conference Finals on Thursday, May 23.

Sitting next to Green Bay Packers quarterback Aaron Rodgers at Fiserv Forum, Mallory wore a white T-shirt which featured an image of Pusha T, who had a massive beef with Drake last year. Mallory posted a picture of her wearing the outfit on Instagram, and it didn't take too long for the "Hotline Bling" hitmaker to notice the diss. "That's me in the second row," he said in the comment section.

But that was not the end of his trolling. Later on, Drake changed his Instagram profile picture to an image of Mallory before sharing on Instagram Stories an image of the girl wearing the Pusha T outfit. He wrote along with it, "All is fair war and war and trust me I'll still get you tickets to ovo fest." Trolling her even more, the "God's Plan" rapper added a heart-eyes emoji. He even started following Mallory on Instagram. 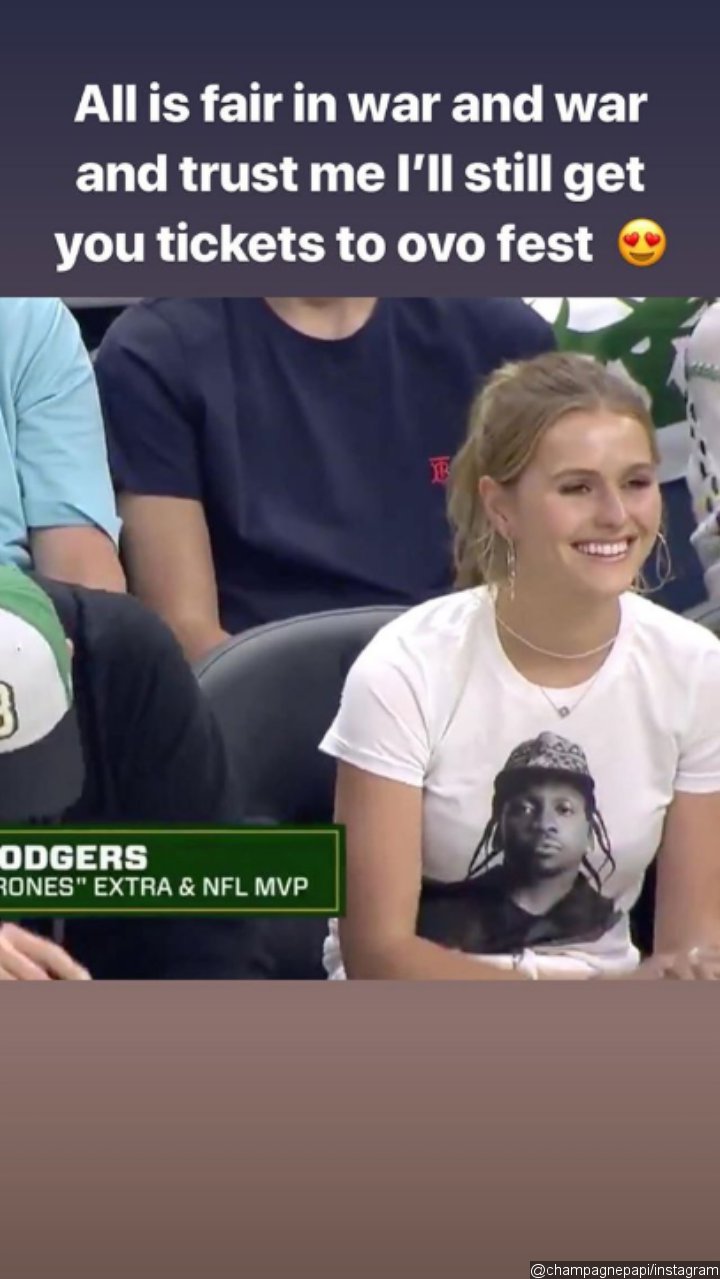 Fans found Drake's response funny, with many dubbing him "petty." One said, "Drake had me rolling," while some others jokingly suggested that Mallory's name would be included on the Grammy-winning rapper's next album. "When we get Mallory's interlude in on drake's next album," someone wrote.

This all started after Drake was caught taunting Bucks' players during the team's match against Raptors. Mike Budenholzer, the coach of Bucks, dissed the father of one, "There's certainly no place for fans and, you know, whatever it is exactly that Drake is for the Toronto Raptors."