In the Sunday, May 19 episode, one of the Top 3, Laine Hardy, Alejandro Aranda and Madison VanDenburg, was announced as the winner of the current season of the long-running NBC show.

AceShowbiz - "American Idol" season 17 returned with its finale, in which viewers found out the fate of the finalists. One of the Top 3, Laine Hardy, Alejandro Aranda and Madison VanDenburg, would be announced as the winner of the current season of the ABC show.

Kicking off the big night was Laine who hit the stage to sing a rendition of "Home" by Marc Broussard. It was such a satisfying performance. Madison followed it up with a performance of "Shallow" by Lady GaGa and Bradley Cooper, and she totally killed it!

Meanwhile, Alejandro showed off his skills with an original song titled "Millennial Home".

Laine continued to wow everyone with his performance of "Jambalaya" by Hank Williams Jr.. Meanwhile, Madison opted to sing Kelly Clarkson's "Breakaway" for his second performance.

Again, Alejandro returned to the stage with another original song. This time, it was a song called "Tonight".

Before the results were announced, viewers were offered a performance by Carrie Underwood. She performed her new song "Southbound" before Madison was named as the singer with the lowest amount of votes. With that, Laine and Alejandro were the Top 2.

Montell Jordan then took the stage to perform his hit "This Is How We Do It" with season 17 contestants Margie Mays and Austin Michael joining them. Judge Katy Perry also hit the stage that night, performing a colorful rendition of her song "Con Calma" with Daddy Yankee.

Alejandro didn't stop giving out an amazing performance as he returned to the stage to sing "Ten Years" with an incredible orchestra joining him. Adam Lambert then sang his new single "New Eyes" before Madison and Dan + Shay, who sang "All to Myself", joined forces to perform "Speechless".

Luke Bryan further added fun that night when he performed "Knockin' Boots". Joined by Jon Pardi, Laine then sang a duet of the country singer's hits, "Dirt On My Boots" and "Night Shift". Katy returned to the stage with Jeremiah Lloyd Harmon to sing her song "Unconditionally".

Top 10 finalists Walker Burroughs and Wade Cota teamed up with Weezer to sing a bunch of the band's hits, while Kane Brown followed it up with a performance of "Good As You". Top 8 finalist Alyssa Raghu then joined him in a performance of "Lost in the Middle of Nowhere". Shayy and Andra Day also sang "Rise Up".

The final performances were from none other than the Top 2. Laine and Alejandro took the stage for the last time to prove their worth to the viewers.

Finally the winner announcement was here. The singer who was named the winner of season 17 was Laine! Congratulations! 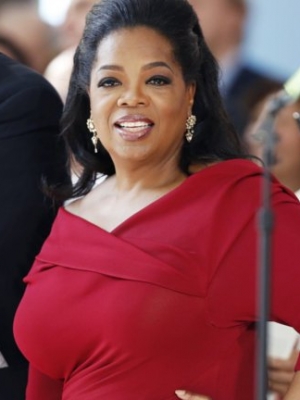