After eagle-eyed fans noticed the editing error in the feast scene of the May 5 episode, the premium cable network issues a statement, joking that 'Daenerys had ordered an herbal tea.'

AceShowbiz - HBO bosses are making light of the coffee cup gaffe in Sunday's (May 05) "Game of Thrones" episode.

Eagle-eyed fans of the show spotted the Starbucks-style disposable hot drink holder on a table during a feast scene at the beginning of the episode, as Emilia Clarke's Daenerys Targaryen character watches over the festivities, and took to social media to poke fun at the editing error.

"The latte that appeared in the episode was a mistake," a statement from network bosses reads. "Daenerys had ordered an herbal tea. 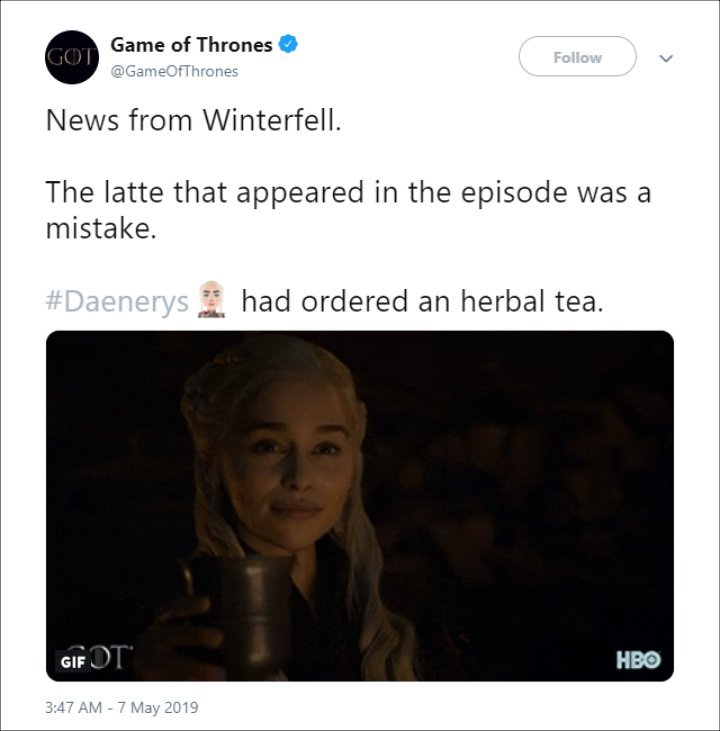 And the show's art director, Hauke Richter, tells Variety, "Things can get forgotten on set. (The cup has been) so blown out of proportion...".