The 'Pirates of the Caribbean: Dead Men Tell No Tales' actress' growing belly is apparent under her flowing dress when she attends a Chanel J12 cocktail party in Paris with her husband James Righton.

AceShowbiz - Blake Lively and Ryan Reynolds are not the only celebrity couple who surprises everyone with baby news. On Thursday, May 2, Keira Knightley let the world know that she's expecting another child with her husband James Righton without saying a word as she debuted her baby bump at a Chanel J12 cocktail party in Paris.

The British actress was glowing in a cream-colored, sheer gown that clearly showed off her growing belly. She was all smiles as she made her way into the Place Vendome outing, holding hands with her husband, a former keyboardist for the Klaxons. The 34-year-old beauty was also spotted sweetly cradling her baby bump. 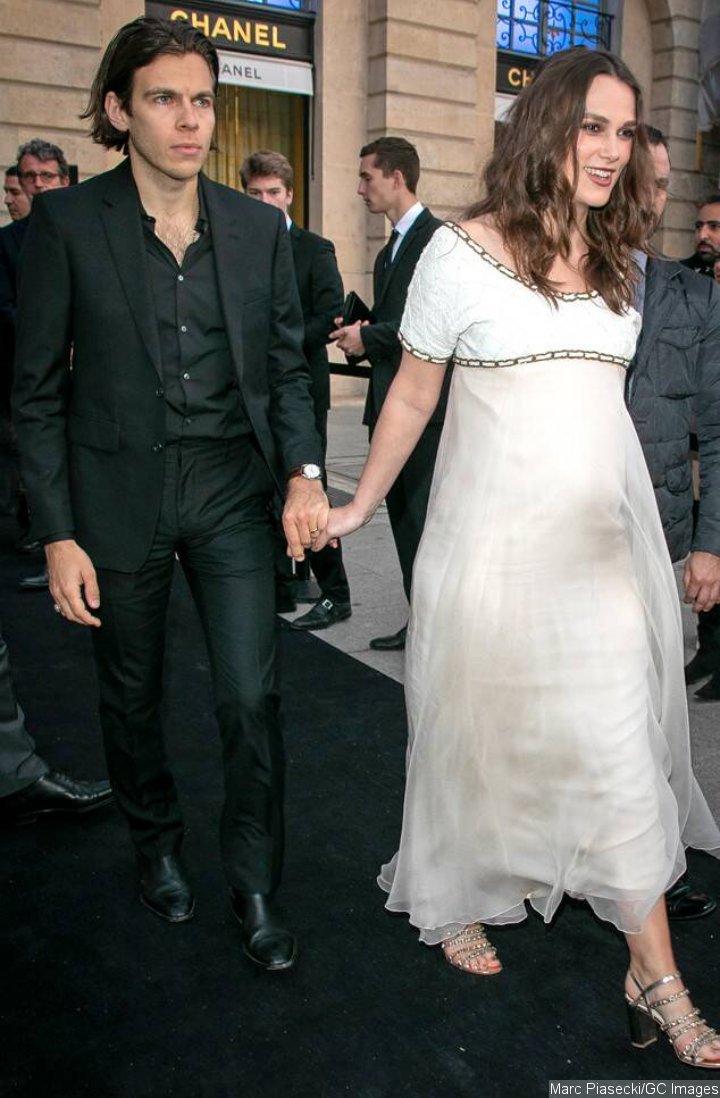 Keira has not spoken publicly about her second pregnancy and her rep has not released a statement on the news.

The baby will join big sister Edie, who turns 4 in May. The couple welcomed their first child in 2015, two years after they tied the knot in an intimate ceremony at the town hall in Mazan, France, on May 4, 2013. They had been engaged for about a year before the wedding.

Keira and James have been notoriously private about their relationship and family. The "Love Actually" star, however, got real about the struggles of being a mother in an interview with Balance magazine in January of this year.

"I don't think we give women enough credit for the physical and emotional marathon they go through when becoming a mother," she said. "I come from a place of amazing privilege. I have an incredible support system; I've been unbelievably lucky in my career; I can afford good childcare, and yet I still find it really f***ing difficult." She added though that it "doesn't mean I don't love my kid."

"It's okay to say that," she explained. "It's just me admitting that the sleep deprivation, the hormonal changes, the shift in relationship with my partner, are all things that make me feel as if I'm failing on a daily basis."