The sneak peek of the three-part reunion special of season 7 of the Bravo series also sees James being in tears, though it remains to be seen why he gets so emotional.

AceShowbiz - Current season 7 of "Vanderpump Rules" undoubtedly is full of drama. The reunion special of the series is the proof of that as chaos ensues in the three-part reunion, judging from the first look at the episode.

As if that is not chaotic enough, Jax and James Kennedy are involved in an argument over Twitter allegations that almost turns physical if host Andy Cohen doesn't separate them quickly. "You want to talk about my dad?" Jax asks James, before adding, "You and your stupid f***ing girlfriend are useless!"

The sneak peek also sees James being in tears, though it remains to be seen why.

It can also be seen that Raquel Leviss addresses her boyfriend's alleged infidelity. The second part will feature Katie defending her Ultimatum to LVP with Ariana Madix and Lala Kent detailing their hook-up. Meanwhile, the last part of the reunion will see Stassi and Katie arguing with Kristen among others.

This arrives after Ariana slammed Lisa in a recent episode for trash-talking her boyfriend Tom Sandoval. In episode 20, Ariana blasted the restaurater for what she said in a recent interview for a food blog about the latter's Tom Tom co-owners Sandoval and Tom Schwartz.

"I saw something that Lisa said and it put me in the worst f***ing mood," Ariana told her friends Kristen and Stassi. "I got so angry about it."

During the interview, Lisa suggested that the two Toms didn't contribute much to the restaurant as they went to Mexico for a trip. However, Lisa revealed that the trip was suggested by Lisa herself. "Like, you not only suggested that we go on a trip to Mexico, but now when we get back, you're using it once again as an opportunity to trash Tom and Tom?" Ariana said as footage of Lisa urging Tom and Tom to go on vacation was flashed on the screen.

Bow Wow on Altercation With Ex Kiyomi Leslie: 'I Shouldn't Have Been Locked Up' 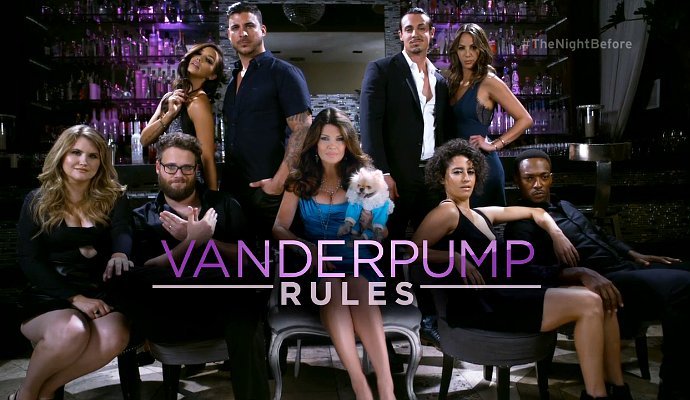