The brochure for the slain rapper's Celebration of Life event also features heartfelt tributes from his girlfriend Lauren London, his family members as well as longtime friend Kendrick Lamar.

AceShowbiz - Jay-Z paid a touching tribute to Nipsey Hussle in the slain rapper's Order of Service, handed out at his marathon Celebration of Life event in Los Angeles on Thursday, April 11.

As mourners arrived at the massive Staples Center memorial, they were handed a brochure featuring photographs of and tributes to the 33-year-old star, who was shot and killed on 31 March, and as well as a note from Nipsey's girlfriend Lauren London and family members, was a letter from Jay-Z, who attended the event with his wife Beyonce Knowles.

"The world just got to see a flash of your brilliance," he wrote. "You were a curious soul who was evolving at a speed that was truly inspiring."

"The seeds you have planted are already bearing fruit. The outpouring of admiration is testimony to the love and respect you've farmed. Sleep well King."

The rap mogul, who had recently signed Nipsey to a management deal at his Roc Nation label, ended his tribute with the words, "Love and light."

This message from Jay Z to Nipsey just broke my heart #BETRemembersNipsey 🏁🙏🏽💔 pic.twitter.com/MElpIHQXJd

Nipsey's longtime friend and fellow Los Angeles native, Kendrick Lamar, also penned a piece for the programme, remembering their early days on the rap circuit together, and how he quickly grew to respect and admire Hussle's work both on and off the stage, as he strived to improve relations and conditions in his community.

"He was a vessel from God," Kendrick wrote. "As my heart aches for him and his family, I understand that the Most High doesn't make mistakes. I pray that Ermias Foundation continues to blossom. I pray for those who trespass against it."

During the three-hour memorial ceremony, which was attended by over 18,000 fans, Snoop Dogg personally paid tribute to Nipsey, real name Ermias Asghedom, fondly recalling his first meeting with the rap star and activist and the pair's collaborations, while Stevie Wonder and Anthony Hamilton were among the stars who paid musical tributes to the rapper.

"Sleep well King, The Marathon continues as a line of energy for all of us to consider."

Meanwhile, Big Sean, Meek Mill, and G-Eazy were spotted among the crowd, as were sports stars James Harden and Russell Westbrook. 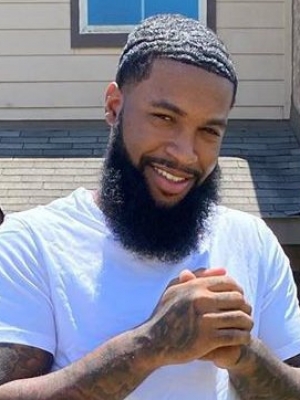