In a series of posts on her Instagram Story feed, Hilaria Baldwin reminds photographers that her being open about fifth pregnancy ordeal 'wasn't an invitation for cameras coming to harass' her.

AceShowbiz - Alec Baldwin's wife Hilaria has pleaded with members of the paparazzi to stop harassing their family as they start the healing process following her miscarriage ordeal.

The yoga guru revealed her worst fears had been realised on Tuesday night, April 09, when her doctors confirmed she had lost her unborn child during her first trimester.

The sad news emerged five days after Hilaria went public with the news of her fifth pregnancy, and admitted she was "most likely suffering a miscarriage" as the foetus was already showing signs of concern.

She returned to social media on Wednesday as she checked into a New York hospital to undergo treatment, posting a picture of herself in a hospital gown, with actor Alec by her side, and asking fans to wish her luck.

After the undisclosed operation, the 35-year-old shared a selfie and captioned it, "It went well. I'm awake. One foot in front of the other. Thank you for your well wishes." 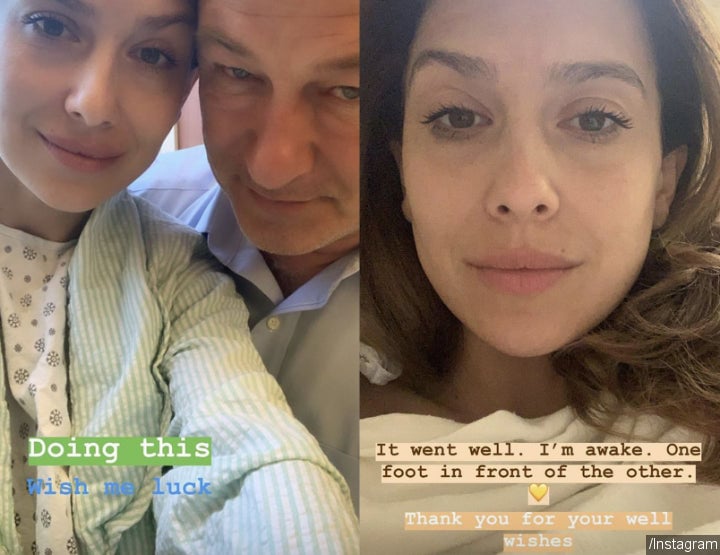 Hilaria Baldwin gave updates about her miscarriage on social media.

However, Hilaria received a shock when she and Alec later returned to their Manhattan apartment, where they were swarmed by the paparazzi, prompting her to issue a public plea for a little respect.

"We were doing so well at not having this (paparazzi) while I'm going through this tough time...," she began in a series of posts on her Instagram Story timeline. "I have been so open with you, and this wasn't an invitation for cameras coming to harass me." 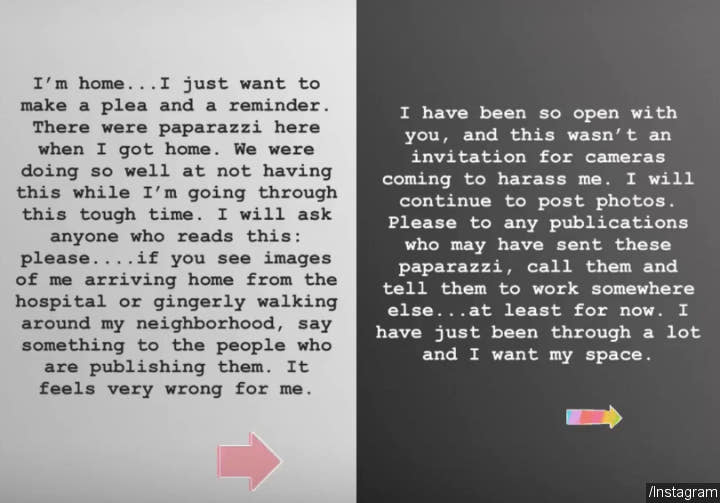 She called out paparazzi for harassing her.

"I will continue to post photos. Please to any publications who may have sent these paparazzi, call them and tell them to work somewhere else...at least for now. I have just been through a lot and I want my space."

Hilaria insisted she had no regrets about revealing all to followers before the 12-week mark because open discussion about miscarriage is so "important," but she understands why so many celebrities choose not to open up about personal issues.

"This kind of harassment is why people in the public space are so secretive," she continued. "And I really don't want to be secretive right now. I want to be open...but also respected."

"So please, please, please: no cameras. I want to just stand outside or go for a very slow walk with my family. And I don't want to be followed."

Hilaria also urged the media to back off her famous husband, because he is also trying to come to terms with their baby loss while taking care of his wife and young kids.

"please, paps, leave my whole family alone," she concluded. "As anyone who has experienced this knows, this affects the fathers too. Shout out to all daddies who love and feel loss as much as mommies." 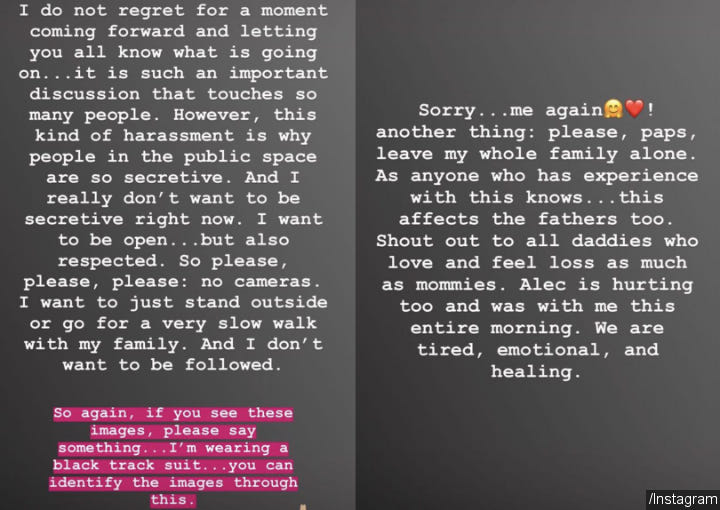 Hilaria askes paparazzi to leave her and her family alone.

"Alec is hurting too and was with me this entire morning. We are tired, emotional, and healing."

The couple has four children together, while Alec also has a grown-up daughter, Ireland, from his previous marriage to Kim Basinger.