The 51-year-old Bravo personality reveals that she's begged ex-husband Simon Barney to let Sophia appear on the show, though it appears that he is always against the idea.

AceShowbiz - The more the merrier, but it seems like it's not the case for Tamra Judge's ex-husband Simon Barney. "The Real Housewives of Orange County" star recently revealed that Simon refused to let their daughter Sophia appear on the Bravo series despite their effort.

The 51-year-old TV star took to Instagram Stories to share a screencap of her chat with her 13-year-old. The teen asked her mom how was the filming for the show ahead of season 14, to which she replied, "It was okay." She also sent a photo featuring husband Eddie Judge, son Ryan Vieth from a previous relationship and dog Bronx.

Upon receiving the text, Sophia seemingly couldn't help but feel left out after being excluded from the show. "Oh Bronx was in it but not me," Sophia said, adding two angry-faced emojis.

Captioning the pic, Tamra wrote, "Breaks my heart that Sophia feels left out. We've begged her dad." It remains to be seen why Simon is against Sophia being featured on the show as both reps for Tamra and Simon have yet to respond to the matter. 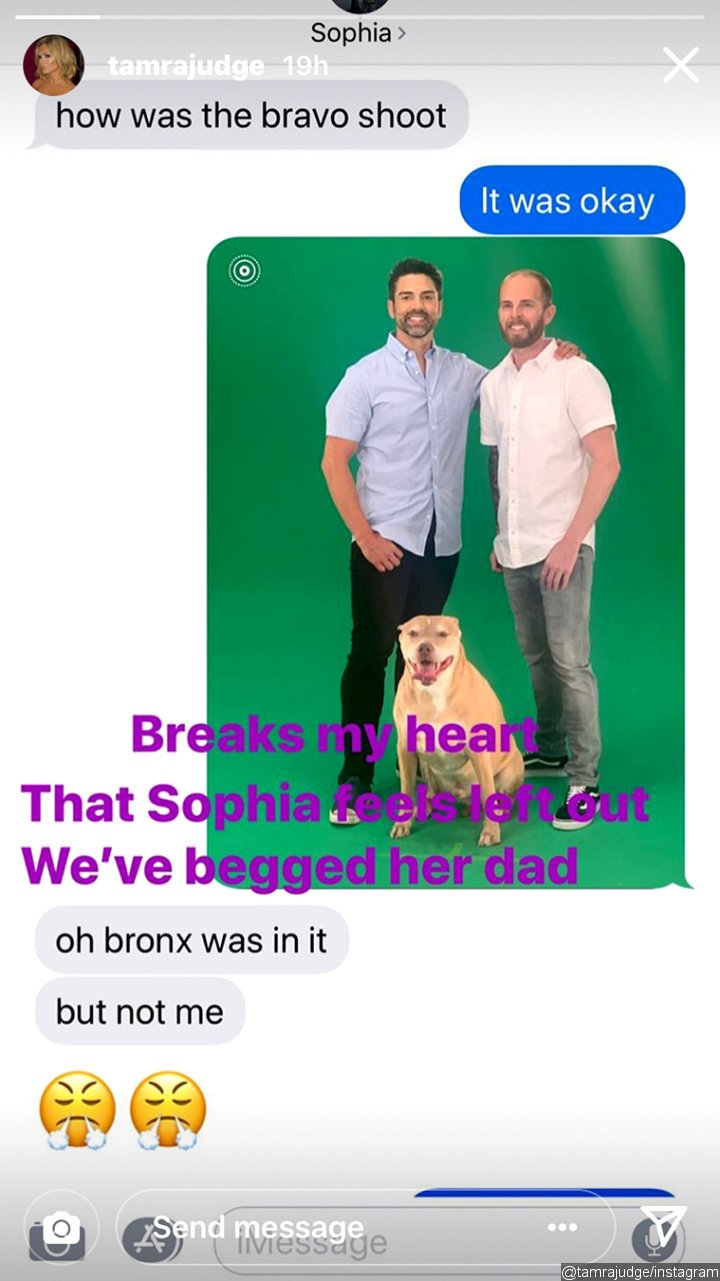 Tamra and Simon split in January 2010 after the latter filed for divorce following their nearly 12 years of marriage. Their separation turned ugly as Simon accused Tamra of cheating on him though Tamra denied the allegations.

"I am saddened by the false stories my ex-husband has released," Tamra said at the time. “He has no foundation to his allegations and in my opinion will do anything to destroy me. Unfortunately, he is hurting our children and my family in the process."

In addition to cheating accusation, the two were embroiled in a custody battle of Sophia, Spencer and Sidney. Simon wanted to have a full custody in April 2014, claiming in his court documents that Tamra had been "very neglectful" in caring for their children.

His request was denied. However, he did receive custody of Sidney after she chose to live with him full-time.