Coinciding with the 30th anniversary of the classic Disney film, the concert to be held at the Hollywood Bowl in May will also feature Harvey Fierstein, Peter Gallagher and Leo Gallo.

AceShowbiz - Lea Michele has landed the lead in a new production of "The Little Mermaid".

The newly-married "Glee" actress will star as Ariel, alongside Harvey Fierstein, Peter Gallagher and Leo Gallo, at the Hollywood Bowl in May.

Theatre legend Fierstein will play villain Ursula in the production, while Gallagher will portray The Little Mermaid's father King Triton, and Gallo will appear as Prince Eric.

The concert, directed by Richard Kraft, will coincide with the 30th anniversary of the classic Disney film. Oscar-winning composer Alan Menken will also take to the stage during the production.

Amber Riley Breaks Silence on Lea Michele Controversy: I Hope That She Has Grown 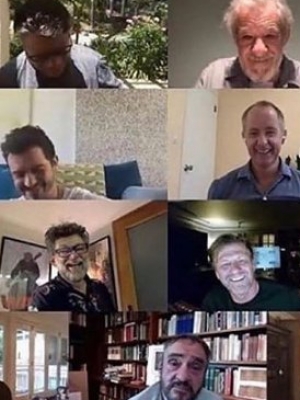