The MTV personality lands in hot water after she posts on Instagram Stories a video of her third daughter Addie singing along to Cardi B's song.

AceShowbiz - Just because Leah Messer's youngest daughter, Adalynn Faith, is currently suffering from an illness, it doesn't mean people will just let her and her mother do as they please. The "Teen Mom 2" star was recently parent-shamed after she posted on Instagram Stories a video of Addie using the N-word while playing around.

The clip in question featured Addie bouncing around on a bed and singing along to a Cardi B song. Just like your typical hip-hop songs, the lyrics of the track included the N-word. Addie was seen hesitating a bit when that part came up, seemingly knowing that she wasn't supposed to sing it. But instead of stopping herself from singing the part, she just blurted out the word.

In the caption of the video, Leah added several crying laughing emojis. 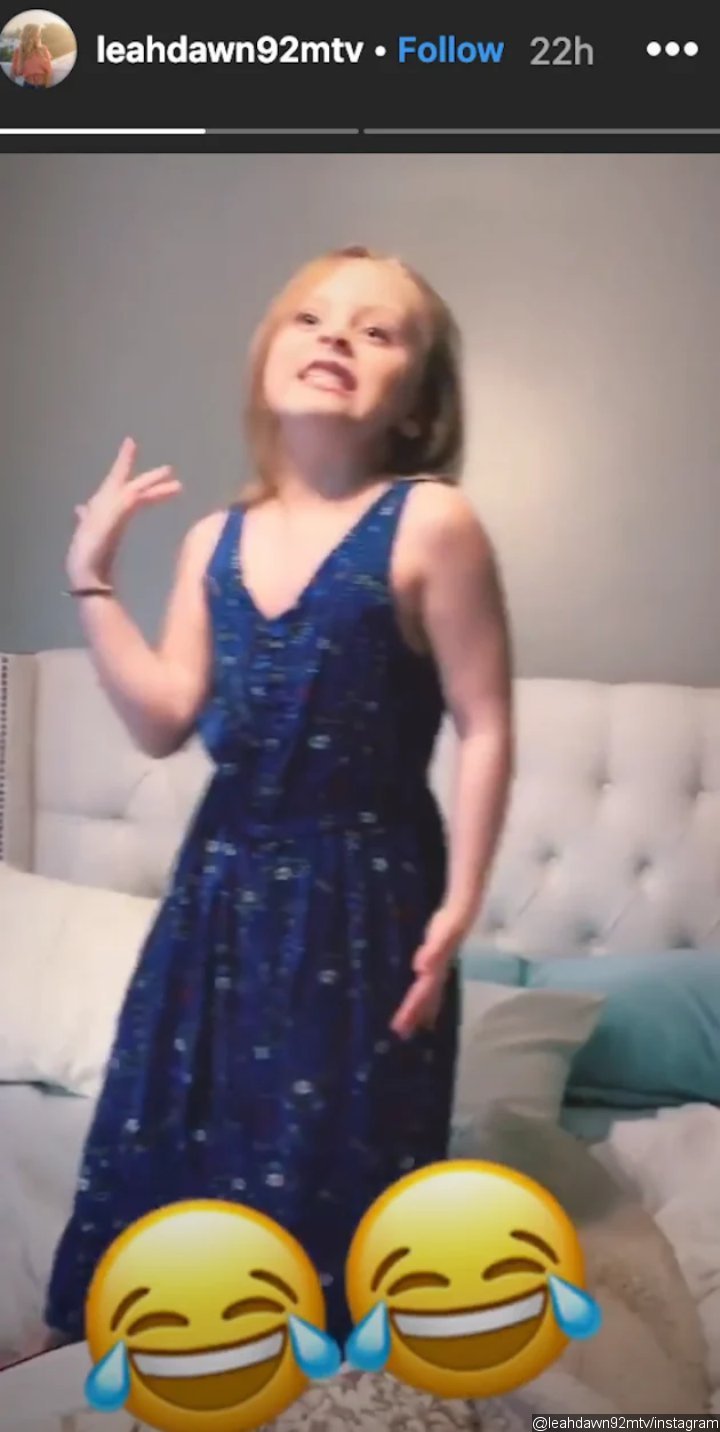 Leah Messer shared a video of her daughter singing along to Cardi B's song.

While the MTV star found it funny, it wasn't the case for many people as the video became a hot topic on reddit. One user called her out for "awful parenting," adding, "It's a popular song and I understand kids will sing it in school etc. but the VERY least you can do is let them listen to the clean version." Another didn't blame Addie for singing the word, but deemed Leah "so dumb" for posting "her kid singing along to cuss words and raunchy music."

"Tacky as hell for a 6 year old to even be rapping along to crap like Cardi B, let alone using the n word like nothing," one other comment read. "And even tackier of Leah's dumb a** to be posting this crap for millions of people to see."

This arrives shortly after Leah revealed that Addie is diagnosed with mono following her hospitalization earlier this month. A rep for the TV personality told Us Weekly, "Addie never loses her amazing zest for life despite being forced to rest. The great news is she's improving daily despite the mono diagnosis."

Leah Messer Hits Back at Jenelle Evans for Parent-Shaming Her: 'Stop Attacking People'