Just like his wife, Prince William is also photographed sharing a double-cheek kiss with the pregnant Duchess of Sussex.

AceShowbiz - All royal family members of British Kingdom gathered at Westminster Abbey for Commonwealth Day service on Monday, March 11. The Fab Four, Prince William, Kate Middleton, Prince Harry and Meghan Markle, were surely among the attendees, marking Kate and Meghan's encounter amid rumors of them feuding.

However, the sister-in-laws seemingly were thinking that the occasion was the perfect opportunity to squash the rumors surrounding them. In some photos taken at the service, the two Duchess were seen sharing a sweet exchange, enough to convince everyone that they were getting along just fine unlike what had been rumored. 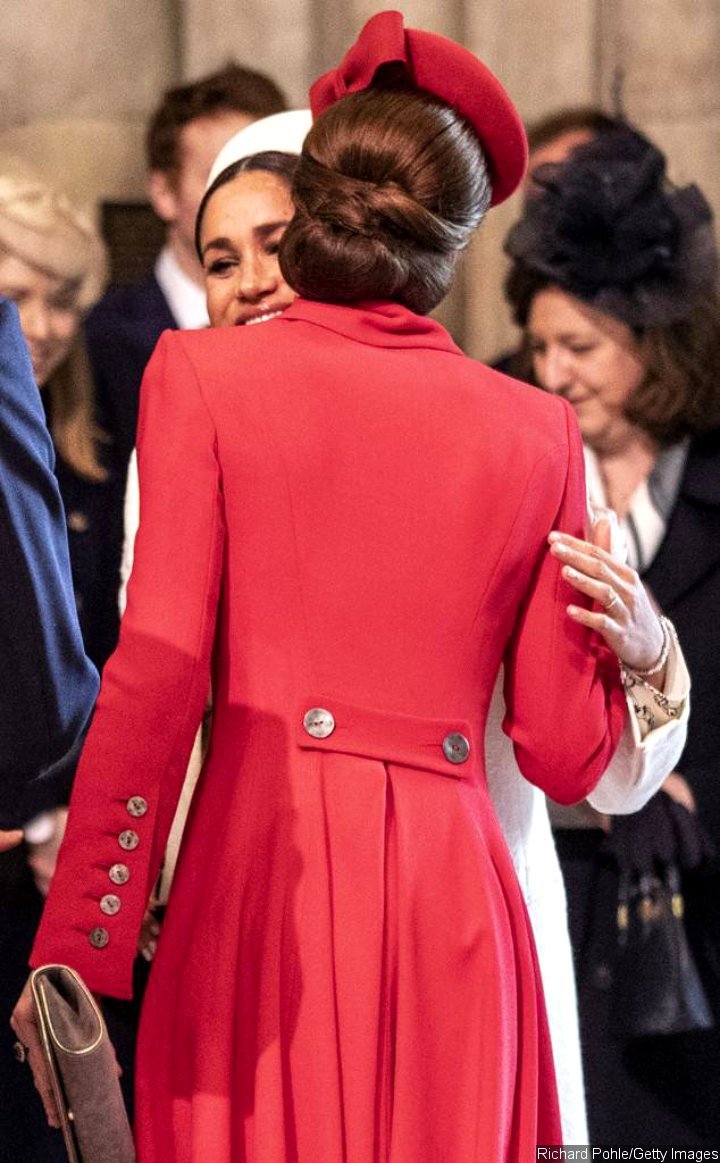 Kate Middleton and Meghan Markle greeted each other warmly during the service
See also...

For the Monday service, Kate opted a red Catherine Walker coat which she paired with a matching fascinator. Meanwhile, Meghan looked equally regal in a creme dress and jacket by Victoria Beckham (Victoria Adams).

There have been rumors swirling around that there's some tension rising between Kate and Meghan. Recently, the royal family announced new guidelines in an attempt to tackle offensive comments posted to official royal channels.

In order to achieve the desired "safe environment," the royal family urged social media users not to write comments that "contain spam, be defamatory of any person, deceive others, be obscene, offensive, threatening, abusive, hateful, inflammatory or promote sexually explicit material or violence." Additionally, the comments must not "promote discrimination based on race, sex, religion, nationality, disability, sexual orientation or age."