James McAvoy: Bill Skarsgard Really Freaked Me Out in 'It' Sequel

AceShowbiz - Actor James McAvoy was constantly on edge while filming the "It" sequel because co-star Bill Skarsgard's creepy clown portrayal really "freaked" him out.

The "X-Men: Apocalypse" star is among the new castmembers of the follow-up to the 2017 horror remake, which focused on a group of youngsters being terrorised by an evil clown called Pennywise, who was brought to life onscreen by Skarsgard.

"It: Chapter 2" will follow the now grown-up kids as they return to their Maine hometown 27 years later and have to face Pennywise once again.

McAvoy was cast to play the older version of Bill, portrayed by Jaeden Lieberher in the first installment, and even though he became friendly with Skarsgard in between scenes, the Scottish actor admits simply sharing the same room as him sent a chill up his spine.

"He is amazing," James said on U.S. breakfast show "Good Morning America". "The guy who plays the clown is terrifying! He's a lovely guy, and yet he really freaked me out."

And McAvoy insists he wasn't the only one to feel a little unnerved around Skarsgard, especially when he was in costume.

He recalled, "I remember standing there with the rest of the cast, all these adults, we've all done weird, freaky stuff, and we are all looking at each other going, 'I don't like being in here. I don't like being an actor today. This is really (creepy)...'.

"It really freaked me out. I never liked clowns as a kid...".

McAvoy joins Jessica Chastain and Bill Hader in "It: Chapter 2", which is due to open in theatres in September (2019).

It director Andy Muschietti returned to take charge of the sequel, which was written by Gary Dauberman, and based on the Stephen King 1986 novel of the same name.

'It Chapter Two' Still Wins at Box Office, but 'Hustlers' Steals the Spotlight

'It Chapter Two' Director Rules Out Possibility of Third Film

'It Chapter Two' Scares Off Rivals at Box Office, Couldn't Match Its Predecessor 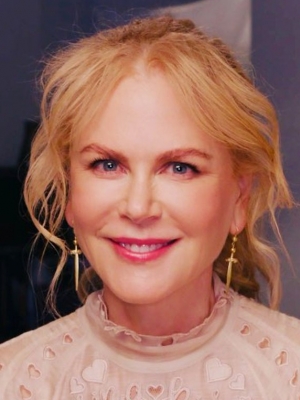