Taking the stage at Stonewall Inn with her adopted 13-year-old David Banda, the pop diva delivers rendition of her hit 'Like a Prayer' and a cover of Elvis Presley's 'Can't Help Falling in Love'.

AceShowbiz - People at Stonewall Inn in New York were entertained by an unexpected guest when they were celebrating the new year at the famed gay bar on Monday night, December 31. Much to everyone's surprise, Madonna took the stage at the bar along with her adopted 13-year-old son David Banda to play surprise performance.

Wearing a black leather jacket over a matching shirt which she teamed with black jeans, the 60-year-old pop diva performed an acoustic version of her 1989 hit "Like a Prayer" and a cover of Elvis Presley's "Can't Help Falling in Love". As David played his acoustic guitar beside the singer, she led the crowd to sing along with her.

Prior to the performance, Madonna, who has been a longtime supporter of the LGBT community, delivered an inspiring speech about equal rights and encouraged the audience to treat others with compassion. "I stand here proudly at the place where pride began, the legendary Stonewall Inn, on the birth of a new year," she said. "We come together tonight to celebrate 50 years of revolution."

After speaking of the community's efforts against "hatred, discrimination and most of all indifference," she said, "If we truly took the time to get to know one another we would find that we all bleed the same color and we all need to love and be loved." She added, "Let's remember who and what are we fighting for -- ourselves, for each other, but truly and most importantly, what are we fighting for?"

"Let's take a minute to reflect on how we can bring more love and peace into 2019," Madonna concluded as the crowd roared. "Let's look at how we can bring random acts of kindness. Maybe we can find an opening to bring the light in. Are you ready to do that?"

Back On? Olivia Culpo Appears to Celebrate New Year With Ex Danny Amendola

Madonna Recalls Her Younger Days as Broke and Struggling Artist 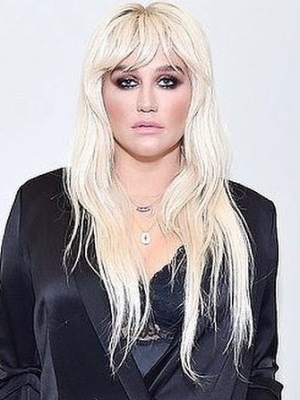