The 'Everything Has Changed' songstress and her actor boyfriend walk arm-in-arm in New York City while grabbing lunch with his brothers Thomas and Patrick Alwyn.

AceShowbiz - Taylor Swift kept herself warm with the companion of her boyfriend Joe Alwyn throughout the holiday season. The pair were spotted stepping out together for a lunch date in New York City on Sunday, December 30.

Bundling up in a burnt orange coat, purple pants, a multi-colored scarf, a pair of black boots and a black hat, the 29-year-old singer/songwriter held onto her boyfriend's arm while strolling in Manhattan's West Village neighborhood. She also carried a black cross-body Yves Saint Laurent purse, while putting her other hand inside her pocket.

Joe also looked stylish in a waist-length blue coat with a pair of blue pants, gray sneakers and a black cap. He was focusing on his mobile phone at one point during their walk. They were reportedly joined by the British actor's brothers Thomas and Patrick Alwyn during the lunch. 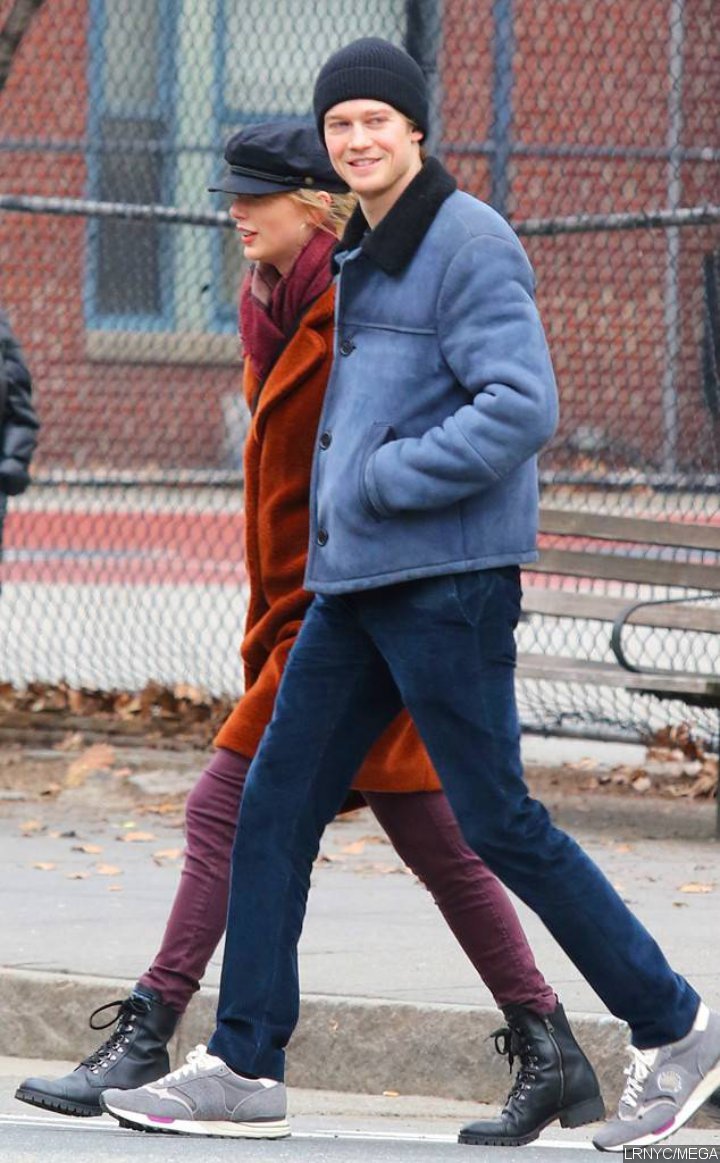 Taylor and Joe, who have been dating since 2017, have maintained their relationship private. Although he has been spotted supporting her on her tour and the pop star has joined the "Billy Lynn's Long Halftime Walk" at his movie screenings, Joe prefers not to talk about their love life.

"I understand people's curiosity in the world we live in, about people's private lives. Well, I don't understand it, but I know it exists," he said in an interview with Total Film published in September. "For me, I just don't feel it's something I want to offer up to be picked apart by people who don't know about it, and it's just not theirs to have."

He said a similar thing in an interview for the Winter 2019 issue of Esquire magazine, "I think there's a very clear line as to what somebody should share, or feel like they have to share, and what they don't want to and shouldn't have to."

A source previously told PEOPLE about the couple's relationship, "She seems to be in a great place both career and love wise. Joe is just an amazing boyfriend. He is very supportive. Taylor adores his family. She's in a very good place."