Report: Kylie Jenner and Travis Scott's Wedding to Be Televised

The insider goes on saying that momager Kris Jenner will be doing everything to make sure that she can make money off her daughter's nuptials.

AceShowbiz - At this point, anything about Kylie Jenner will get massive attention from people, and momager Kris Jenner is aware of this way better than anyone else. Just like how the Kylie Lip Kit founder managed to break internet over pregnancy news, it's almost certain that her and Travis Scott (II)'s wedding will be the talk of the town for days.

With that being said, Kris has reportedly orchestrated a big plan regarding how they will announce the big news. Obviously, it will be done in a style that will bring money and ensure maximum ratings and headlines for the famous family's long-running show "Keeping Up with the Kardashians".

"It's just a case of when and how Kris chooses to announce the news," a source tells Radar Online.

The insider goes on saying that Kris will be doing everything to make sure that she can make money off her daughter's nuptials. "The likelihood is that it'll be on social media, but first they'll shoot a ton of scenes for the show and set the stage for a money-spinning TV wedding," the source explains.

A TV wedding of Kylie and her rapper boyfriend, who share a daughter named Stormi together, is said to be what "KUWTK" needs. "The show needs all the help it can get right now, and Kris sees Kylie's romance as a plot line that's not been fully exploited," claims the source.

Meanwhile, the 21-year-old reality TV star and the "Astroworld" spitter allegedly were caught choosing her engagement ring weeks ago from Polachek's, the Kardashians clan's favorite jeweler. The couple has also been calling each other wife and husband on social media.

The mom of one referred to him as "husband" in a post she shared following his "Saturday Night Live" performance. "hubby [lovestruck emojis]," she wrote on Instagram alongside pictures of Travis on a TV screen.

The hip-hop also did the same thing during his performance in Houston, Texas at his Astroworld festival. "My beautiful wife, she came out," he said, prompting the crowd to erupt in cheers. "My beautiful daughter, she's here too."

Kylie and Travis sparked engagement rumour earlier this month. Kylie revealed a house full of red roses that Travis had gifted to her, making fans wonder if he planned to pop out the question to the star.

Pics: Kylie Jenner Gets Daring in Sneak Peek for Her 2019 Calendar

Caitlyn Jenner Reacts to 'KUWTK' Coming to an End: 'Nobody Called Me' 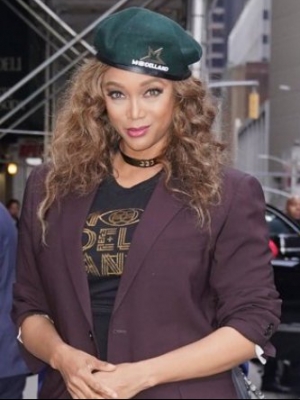