AceShowbiz - The original "Avengers" stars have paid tribute to Stan Lee with a full-page ad in a print magazine. Scarlett Johansson, Chris Hemsworth, Mark Ruffalo, Robert Downey Jr., Jeremy Renner and Chris Evans, who starred in 2012's "The Avengers", teamed up for the advert that is featured in the November 14 issue of The Hollywood Reporter.

"We acknowledge his creative contribution, the thousands of men and women it has long employed, the millions that will continue to be entertained, and above all, his inimitable wit, grace, and humility," reads the heartfelt message written over a gray Avengers symbol and a black background. "Stan, we love you, we will miss you, and we're grateful to represent a small part of your amazing legacy." 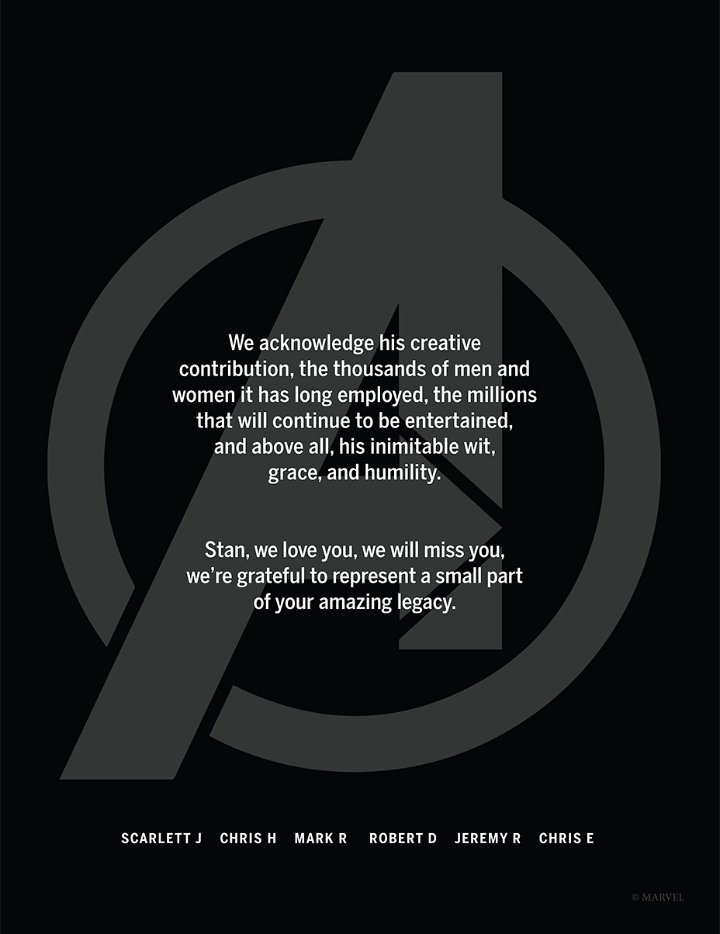 "The Avengers" cast pays tribute to Stan Lee on a magazine ad.

Disney, Fox, Sony and even Marvel's rival DC Entertainment also take over other pages in the magazine to honor the late comic genius. 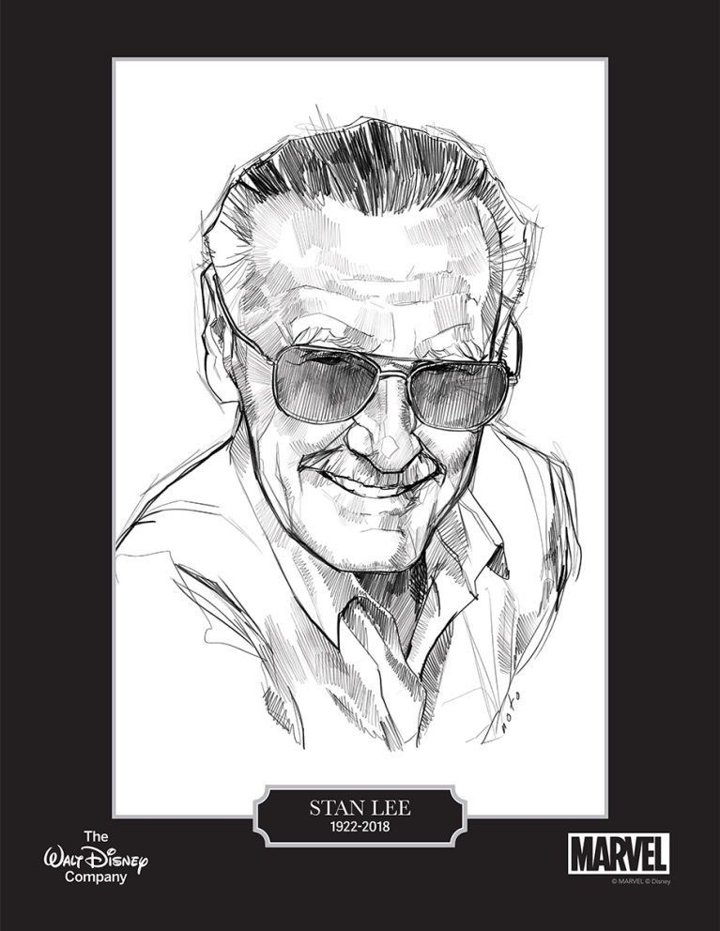 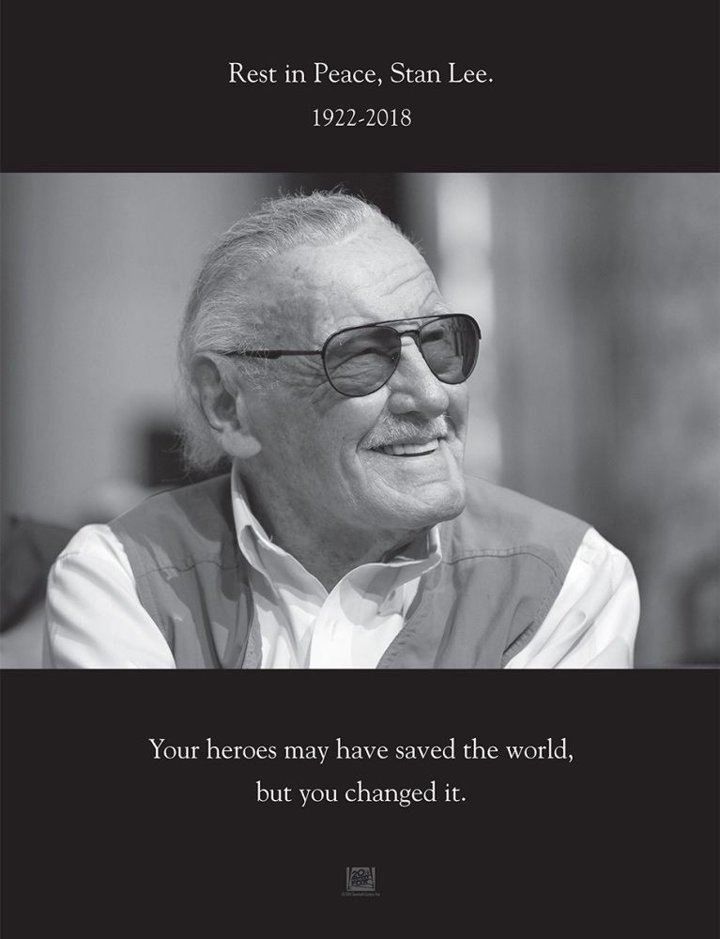 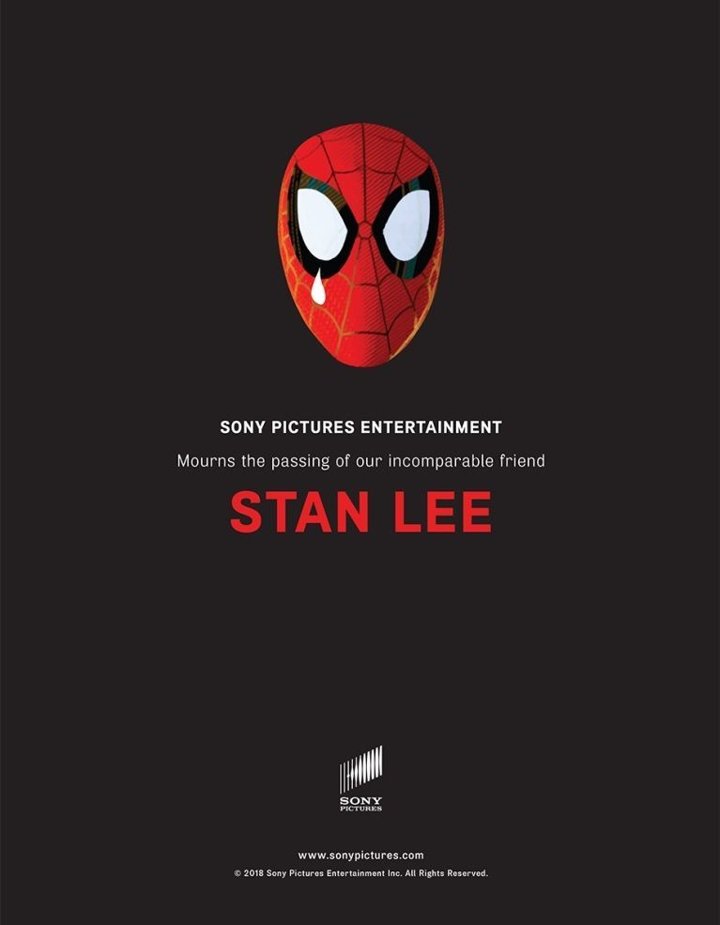 Lee died on Monday, November 12 at Cedars-Sinai Medical Center in Los Angeles after paramedics were called to his home in the Hollywood Hills following a medical emergency. He was 95. 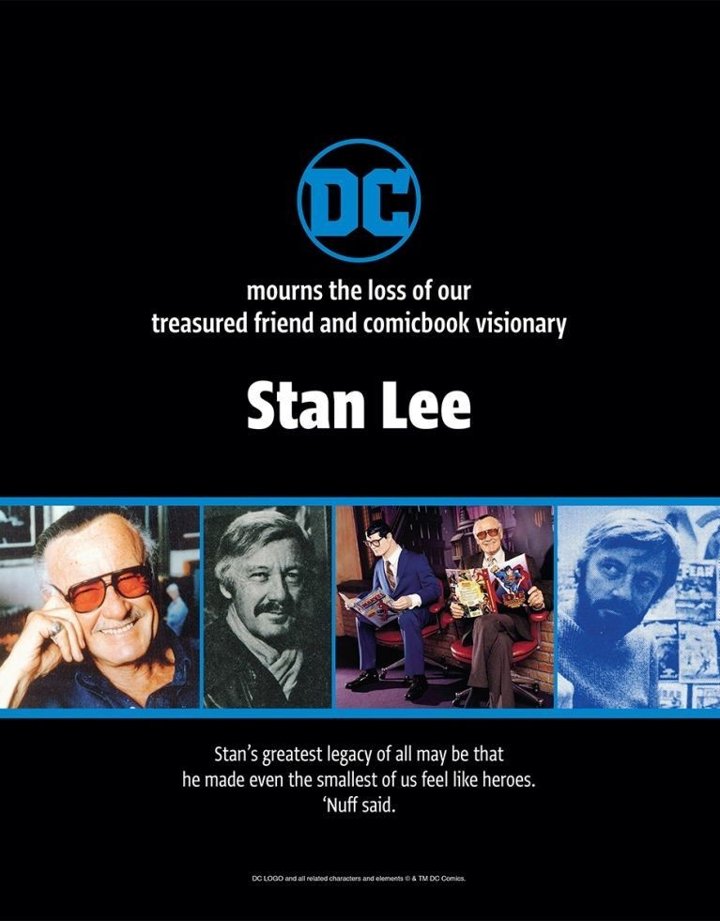 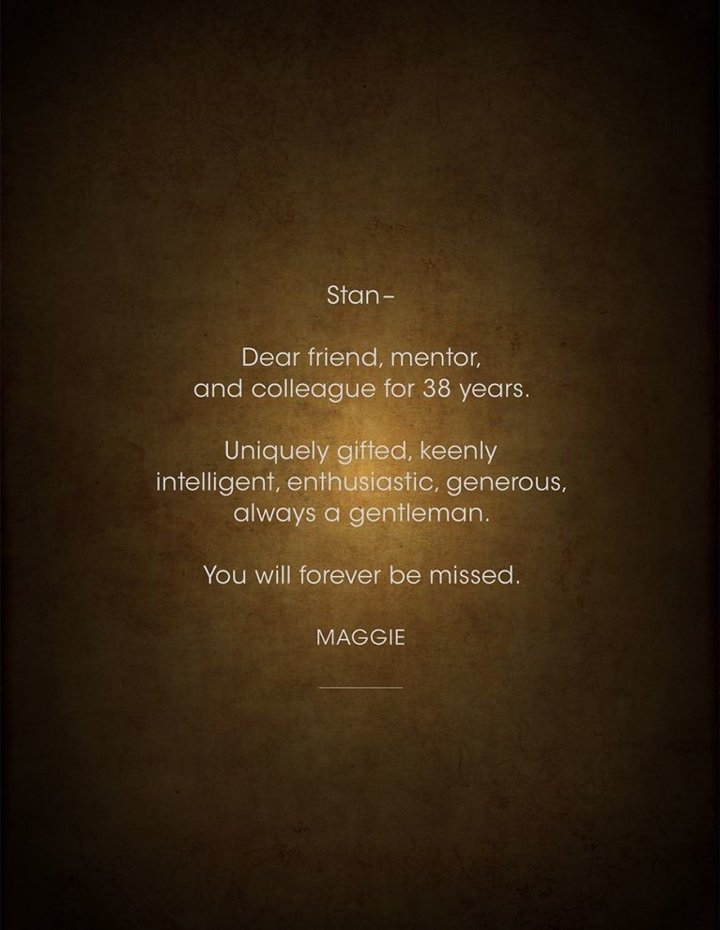 A tribute to Lee from veteran TV exec Margaret Loesch.

Paying tribute to the Marvel Comics creator, Robert Downey Jr. posted on Instagram, "I owe it all to you... Rest In Peace Stan...." Chris Evans tweeted, "There will never be another Stan Lee. For decades he provided both young and old with adventure, escape, comfort, confidence, inspiration, strength, friendship and joy. He exuded love and kindness and will leave an indelible mark on so, so, so many lives. Excelsior!!"

A newer addition to "The Avengers" franchise, Tom Holland, added, "How many millions of us are indebted to this guy, none more so than me. The father of Marvel has made so many people so incredibly happy. What a life and what a thing to have achieved. Rest in peace Stan."

Lee, who is known for his regular cameos in Marvel's films, will make appearance posthumously in several future movies. He had filmed his cameo for "Avengers 4" and "Captain Marvel", and will reportedly be featured in "Ralph Breaks the Internet".

Cardi B Reveals When She Will Post Pics of Baby Kulture