EGOT winner John Legend and his Get Lifted Film Co. will serve as executive producers for 'Rhythm + Flow'.

AceShowbiz - Cardi B is heading back to the small screen. The "Bodak Yellow" rapper has been tapped to serve as one of the main judges on Netflix's upcoming hip-hop music competition series titled "Rhythm + Flow". Also joining her in the judge panel are Chance the Rapper and T.I..

The new series has been officially greenlit by the streaming giant after the three music stars sign on. The show reportedly has been in development stages for more than a year.

Tip takes to his Twitter account to share his excitement of the new show. He raves about the new show will have "different approach from anything you have seen before" in a video. "Who's the hottest undiscovered rapper you know? To let US know... Go to http://www.RhythmAndFlowAuditions.com @chancetherapper @iamcardib @netflix It's UP," he captions the video.

Who’s the hottest undiscovered rapper you know? To let US know... Go to https://t.co/jyvtyoSNiy@chancetherapper@iamcardib@netflix It’s UP🔥🔥🔥🔥🚫🧢 pic.twitter.com/1WcoCAdG8w

In addition to Cardi, T.I. and Chance, "Rhythm + Flow" is backed with another impressive musical pedigree. It is set to hair from EGOT winner John Legend and his Get Lifted Film Co. Also serving as executive producers under the banner are Mike Jackson and Ty Stiklorius.

It's unknown if the "All of Me" hitmaker will ever appear in any on-camera capacity. There's still possibility for that since they haven't announced the host just yet.

Auditions for the show will kick off this fall in cities across the country, including the judges' hometowns of Atlanta, Chicago and New York. Intending to find and foster undiscovered hip-hop talent in multiple cities, "Rhythm + Flow" will see hip-hop stars from each audition city serving as guest judges. 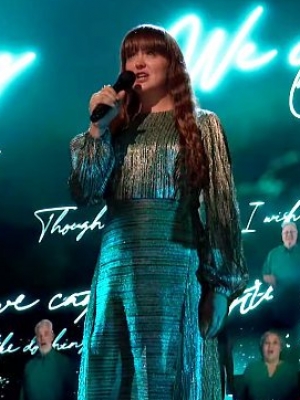