LeClaire Bryan makes her return to her Mexico Beach home, which was wrecked by Hurricane Michael, only to find out that her attempt to protect the property was futile.

AceShowbiz - Luke Bryan's mother can't help but crumble after looking firsthand at the devastation left by Hurricane Michael. On Friday, October 19, LeClaire Bryan made her return to her home in Mexico Beach, Florida, and discovered that the Category 4 hurricane, hitting Florida Panhandle nine days earlier, had reduced her residence into rubble.

Returning to retrieve whatever she could save from the wreck, the mother of the "Light It Up" singer was caught on camera breaking down on site. One picture, in particular, saw her resting her head on the back of a vehicle while being comforted by a fellow resident who has been identified as James Whiddon. 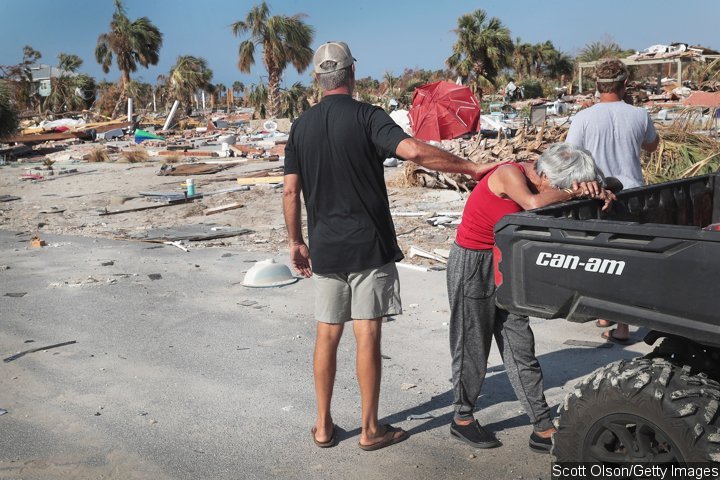 LeClaire Bryan was comforted by James Whiddon as she broke down in tears.

In another picture, LeClaire was captured overlooking piles of woods and mattresses as well as stranded boat blocking pedestrian outside rows of houses. Getting inside her house was no different. The white-haired lady was photographed covering her mouth with her red shirt when inspecting the bedroom. A framed magazine cover of her son was also found damaged on the floor of the house. 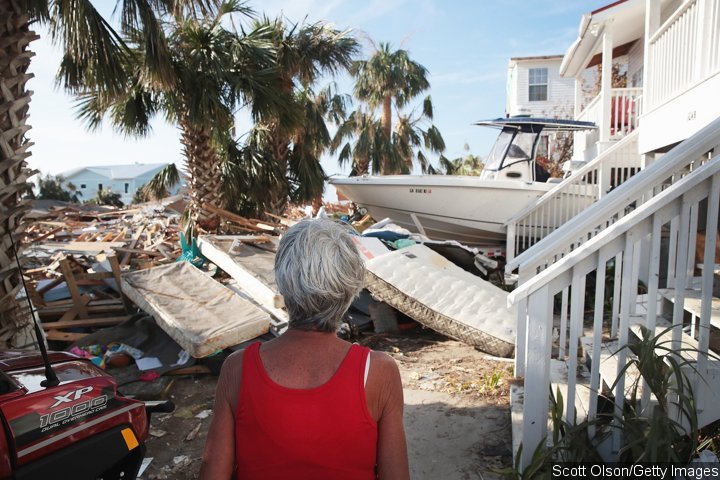 LeClaire Bryan was looking at the devastation caused by Hurricane Michael. 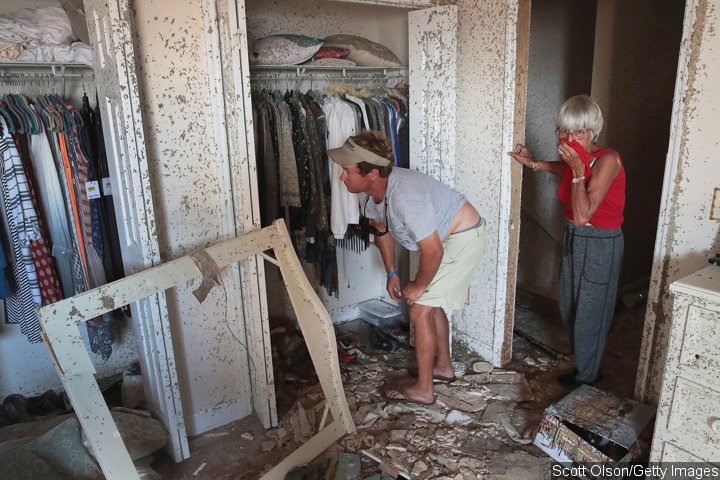 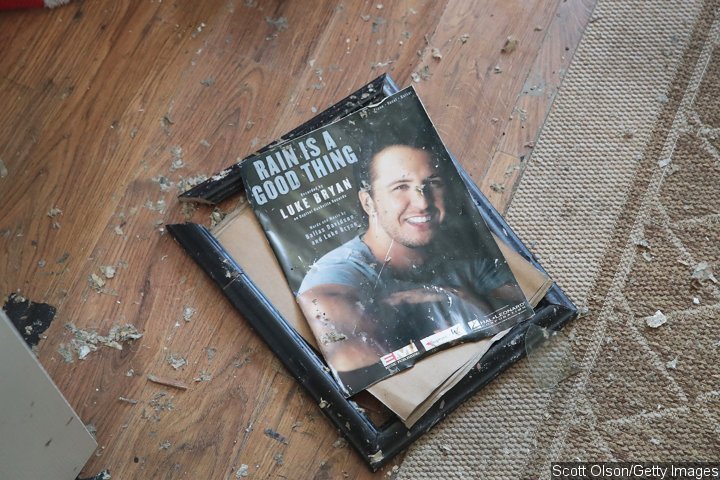 A framed magazine cover of Luke Bryan was found.

Although Luke wasn't around when his mother visited her destroyed house, the country star is reportedly trying to help her as much as he could. "The rebuilding and replacing will happen, Luke will help in any way he can for his Mom and the community," an insider told HollywoodLife, insisting that what was important to the singer was his mother's well being.

The inside source further claimed that the "Kick the Dust Up" hitmaker doesn't want to trouble LeClaire more with media spotlight. "He doesn't feel like broadcasting the troubles his Mom is having right now," the source explained, "as he wants to protect her in every way possible."

Hey everyone. Pray for my people. So many dear people I know are being affected. My mother and so many friends live in Mexico beach. And now it’s bearing down on Albany and Leesburg.

On October 10, the same day the hurricane wreaked havoc in Florida, Luke asked his followers to pray for his mother and other people being affected by the storm. "Hey everyone. Pray for my people. So many dear people I know are being affected," he tweeted. "My mother and so many friends live in Mexico beach. And now it's bearing down on Albany and Leesburg."

Luke Bryan Finds Funny Side of His Luggage in Highway Incident

'What Makes You Country' Video: Luke Bryan Gives Inside Look at His Life in Nashville Farm