The former 'Scandal' star comes out with the bizarre accusation against the reality TV star after seeing the couple's picture in Uganda.

AceShowbiz - Columbus Short has slammed Kim Kardashian with a bizarre accusation. Out of the blue, the 36-year-old actor and choreographer took to Instagram to accuse the "Keeping Up with the Kardashians" star of using witchcraft to control her husband Kanye West.

Apparently, the "Scandal" alum came up with the claim after seeing the "Gold Digger" hitmaker's expression in a photo during his visit to Uganda with his wife. In the image, the rapper was staring off while Kim and Diana Kamuntu, the daughter of President Yoweri Museveni, were smiling to the camera.

"I post this picture for one reason and one reason only," he wrote in the caption. "To expose witchcraft. This is what it looks like. Its a unaddressed issue but real and present right now. Both men and women all over the WORLD are unknowingly being tormented by witchcraft." He adamantly added, "And this is what it looks like. You can call me crazy but I suggest you guys do your research."

The post has since been deleted for an unknown reason. 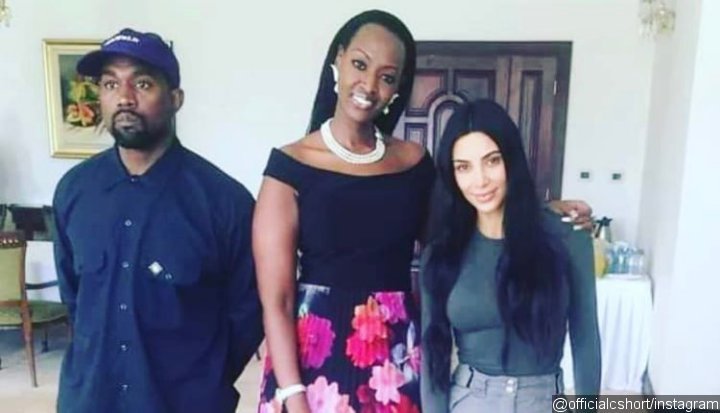 Kim and Kanye arrived in Uganda over the weekend and were warmly welcomed by the nation's president. The 41-year-old star took over the luxury Chobe Safari Lodge on the bank of the Nile River, where he is reportedly focusing on completing his next solo album, "Yandhi".

On Monday, October 15, the couple met with President Yoweri K. Museveni. The leader shared photos from their meeting on Twitter, and thanked Kanye for gifting him with an autographed pair of his Yeezy sneakers.

"I held fruitful discussions with the duo on how to promote Uganda's tourism and the arts," the president wrote. "I thank Kanye for the gift of white sneakers. Enjoy your time in Uganda. It is the true Pearl of Africa."