AceShowbiz - Kanye West is currently working on his new album "Yandhi" in Uganda, and he has already given fans what to expect from the upcoming effort. Just one day after reactivating his Twitter account, the hip-hop mogul did another live streaming to perform a preview of his new music.

The rapper started off his performance by sitting on a couch inside his makeshift recording studio, covering his body with Uganda national flag. "Relax your mind/ Let your conscious be free/ No matter what they say/ I'm gonna still be free," he rapped over the beats, shouting out A$AP Ferg's name at one point.

As he got up from the couch, his sound engineer stopped the music. He looked a little bit annoyed, telling the engineer, "Don't stop the music unless I say stop the music... turn that music back on, OK? Turn it up. Turn it loud." He then went outside where he continued spitting his verse and delivering the infamous "Poopy-di scoop" lines.

Having enough fun performing outside, he went back to the tent and rapped, "If y'all f**k with me too much, the hat's coming out. Anytime y'all f**k with me, I got my superpower, the hat gonna come out. Y'all don't wanna see the hat, don't f**k with me." Kanye was probably referring to his "Make America Great Again" cap, which caused massive backlash.

"Yandhi" was supposed to be released on the same day as his "Saturday Night Live" performance, but it is eventually being pushed back as he "didn't finish" it in time. Hinting at the new effort in an interview with TMZ Live, he said, "I started incorporating sounds you've never heard before, concepts that people don't talk about. Concepts talking about body shaming, women being looked down upon for how many people they've slept with."

The album is now due out on Black Friday, November 23.

Kanye West Temporarily Banned From Twitter, but Not for His Peeing Video 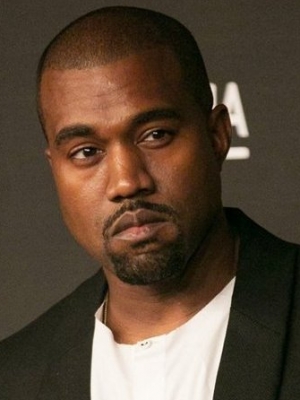