The concert will utilize 'new state-of-the-art proprietary technology,' with the the hologram being backed by a live band, singers 'and theatrical stagecraft.'

AceShowbiz - This is surely a good news for fans of late Amy Winehouse. It has been confirmed that the late singer will be hitting the road again in the form of a hologram. The show will be created by BASE Hologram, the same company which has produced hologram tour for Roy Orbison and Maria Callas.

According to a press release, the concert will utilize "new state-of-the-art proprietary technology," with the the hologram being backed by a live band, singers "and theatrical stagecraft." The string of performances will feature "digitally remastered arrangements" of Winehouse's classic hits.

To create the hologram, BASE will hire an actress to mimic Winehouse's stage movements and will complete the image with prosthetics and computer-generated imagery. Brian Becker, BASE Hologram Chief Executive, said that it would allow the projection to move across the stage. "We will do the best we can in terms of honoring her legacy," he promised. "This is a celebration."

"This is a dream for us," said her father, Mitch. "To see her perform again is something special that really can't be put into words. Our daughter's music touched the lives of millions of people and it means everything that her legacy will continue in this innovative and groundbreaking way."

"Fans have been clamoring for something new from Amy, but really there isn't anything new," he continued. "We felt this would be a tremendous way for Amy both to revisit her fans through a hologram, and also an incredible way to raise money for our foundation."

The show is expected to begin next year and last for three years. Profits from the tour will go towards the Amy Winehouse Foundation, an organization works with underprivileged youth to prevent future drug and alcohol abuse.

Winehouse was found dead from alcohol poisoning in July 2011 at her home in London. She was 27. The British songstress, who is known for her hits "Rehab" and "Back to Black", had struggled with drinking and drug problems prior to her death. 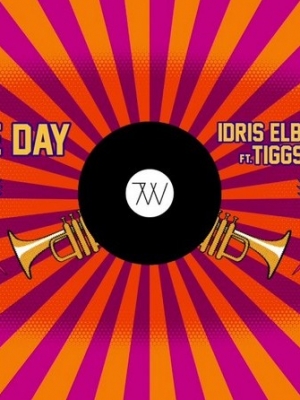 50 Cent Trolls T.I. for Challenging Him to 'Verzuz' Battle