The 'Deadpool' actor is also sternly warned by 'Paddington' star Hugh Bonneville after he taunts the friendly bear on Twitter.

AceShowbiz - Ryan Reynolds may have picked the wrong enemy. The "Deadpool" actor just started a Twitter feud with Paddington Bear after his movie "Deadpool 2" and "Paddington 2" were both nominated for 2018 People's Choice Awards.

The two movies actually landed in different categories, with "Deadpool 2" being nominated for best action movie and "Paddington 2" vying for family movie title. But the Canadian hunk apparently sees the friendly bear as his biggest competitor and wants to challenge the live-action animated comedy film as best family movie.

He tweeted on Wednesday, September 5, "So honored by all the @peopleschoice noms. Hope you vote for Deadpool 2 and feel free to write us in for best Family Film." He went on taunting the beloved bear, "Because watch your f*****g back, Paddington."

So honored by all the @peopleschoice noms. Hope you vote for Deadpool 2 and feel free to write us in for best Family Film. Because watch your fucking back, Paddington.

It didn't take long for Paddington Bear to respond to Ryan's tweet. The official Twitter account of "Paddington" replied to the 41-year-old actor's remark with a simple hashtag, "#hardstare."

Of course, fans can't help weighing on the playful banter. One shared a gif of a scene showing how Paddington possibly reacts to Ryan's tweet.

Some people were simply amused by the hilarious feud. "This has just made my day," one wrote. Another commented, "HAHAHAHA! Nice! Now I wanna see that."

Some others decided to pick a side. "He thinks he's being cute and funny. But he shouldn't mess with Paddington like that," one said of Ryan. Another Twitter user responded, "Oh, he's cute and everything, but if it comes down to Deadpool or the bear, I will fight that bear."

Someone, meanwhile, warned Ryan about Paddingtion's alleged "dark side." The Twitter user wrote, "I've heard Paddington has a dark side. See how he drinks tea straight out the teapot.... Savage. Watch yourself Reynolds."

I've heard Paddington has a dark side. See how he drinks tea straight out the teapot.... Savage. Watch yourself Reynolds. pic.twitter.com/93XSeucfok

The winner of the 2018 People's Choice Awards will be announced in a ceremony held on November 11.

Denise Richards Is Reportedly Engaged, Will Get Married 'Soon' 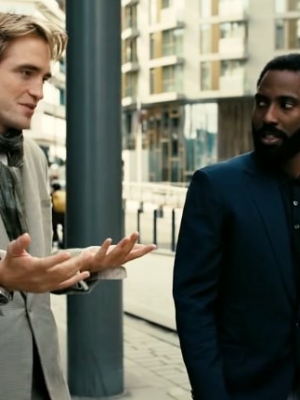