John Krasinski, who directed the first installment, returns to write the script for the upcoming sequel to his horror drama.

AceShowbiz - Paramount Pictures has announced the release date for its horror drama "A Quiet Place" upcoming sequel. After the first installment hit U.S. theaters earlier this year, the sequel of the post-apocalyptic film is coming out sooner than expected. The untitled sequel is set for a wide release on May 15, 2020.

John Krasinski, who directed the first installment, is returning to pen the script for the sequel. However, it is unknown if he will serve behind the lens again as the studio is reportedly searching for a new director for the upcoming project.

Andrew Form, the film's producer, previously confirmed that they would make the sequel with Kransisnki "definitely involved." Form said in an interview, "Oh [Krasinski is] definitely involved. We're lucky on this one. I've had movies where the studio says to you, 'Here's your date. Let's go!' and on this one we're not rushing anything, which is amazing. So we're gonna take our time, we're gonna figure out where to go, but there is no rush on it and we're just starting to talk about it."

"We're figuring out what everyone's involvement's gonna be and what the actual next movie's gonna be. The first one is so special to us that we really want to take our time with this and not rush anything," he continued, explaining why they didn't want to rush the sequel. "It's such a special movie to us, the experience and everything. It's easy to rush these and we've made movies in the past where we've rushed them through and we've felt it, and we just don't wanna do it on this one."

Starring Krasinski, Emily Blunt, Millicent Simmonds and Noah Jupe, "A Quiet Place" was praised by critics for its originality and atmosphere. The film became a major box office hit as it grossed $332 million worldwide against $17 million budget.

While "A Quiet Place" sequel is set to be released in May, another Paramount Pictures' upcoming movie "Top Gun: Maverick" has been pushed back a year to June 2020. The highly-anticipated action drama starring Tom Cruise was initially set to hit U.S. theaters on July 19, 2019. 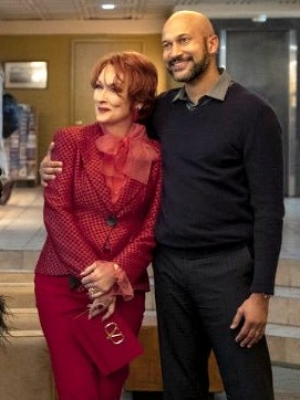