Directed by Mert Alas and Marcus Piggott, the raptress plays a 'generous queen' who lets her empire get overthrown by a close friend.

Directed by Mert Alas and Marcus Piggott, the clip opens with a title card which explains the story behind the video. Nicki plays a "generous queen" who lets her empire get overthrown by a close friend. "She advised her army to do & say nothing. They slaughtered her village," so the card reads.

Once she has enough rest, she fights back with her army and slaughters her enemies, putting them to death. "The queen's empire celebrated," the card continues. "They asked her, 'Why did you allow us to be defeated?' She responded: 'So that generations for years & years to come, would know that even in the grave, he is lord.' "

The scene then changes to show Nicki wandering around a desert before meeting up with the rest of her army in a camp. Afterward, the men circle around the female emcee while being surrounded by fire, which looks like a part of ceremonial ritual. At one point, Nicki is seen recreating the cover art of her album which is photographed by the director duo.

"Ganja Burn" is the third song off "Queen" which got a music video treatment. Over the weekend, Nicki took to Twitter to reveal that she actually wanted to update the hook of the song because she "hated how low I made" it. "That's like my fave song & I can't let it go out like that," she continued.

Just listened to #GangaBurns after a long day & realized that I hate how low I made the hook. Gotta get it swapped out. That’s like my fave song & I can’t let it go out like that😩. Plus I was so sleep deprived I wrote burns instead of burn when they were stressing me 4 tracklist

Nicki went on saying, "Plus I was so sleep deprived I wrote burns instead of burn when they were stressing 4 tracklist." Despite her concern, many fans commented that the hook sounded just fine. One fan even warned her not to change it because it "is perfect." 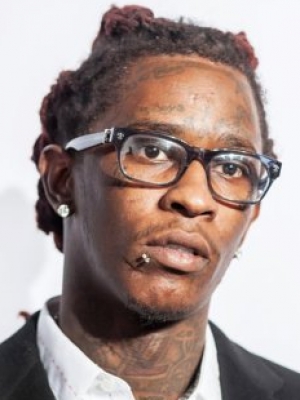