Loona Says You're Their 'FavOriTe' in Debut Music Video

AceShowbiz - Even before their official debut, Loona has captured the hearts of many international fans due to their unique concept and their way to introduce each members. After nearly two years, the twelve members of the group have finally come together and released the music video for their debut single "FavOriTe".

The video opens with Heejin, the first member to be introduced, walking towards her groupmates in a warehouse before they start performing the brassy dance track. The rest of the visuals sees the girls showing off their energetic choreography and compelling vocals. Opting for a school girl look, the beautiful girls sport gray pleated skirts, white button-up shirts and matching sneakers.

"They tell me to act like I look (heard it everyday)/ I hear it so often (heard it every day)/ But I want you, all of you, everything about you/ I'm even more attracted, baby," they sing over sugary pop production. "I'll tie my shoelaces, do it/ And run to you/ It's destiny that's like coincidence/ It's you my favOriTe."

Since Loona started introducing their members through individual solo tracks and single albums in 2016, they have gained a lot of dedicated fans both in South Korea and international. With their fans, known as Orbit, investigating the creative narrative of the "Loonaverse," the girl group has become one of K-Pop's highly anticipated acts.

Due the immense passion of their dedicated fans, the group has attracted attention from media personalities around the world. Among them are Canadian singer-songwriter Grimes and "RuPaul's Drag Race" season 8 finalist Kim Chi. The words, "Stan Loona" have also become a popular catchphrase on the internet.

Now that they have released their first single as a group, Loona is set to hold their debut concert titled "LOONAbirth" on August 19 at the Olympic Hall in Seoul, South Korea. 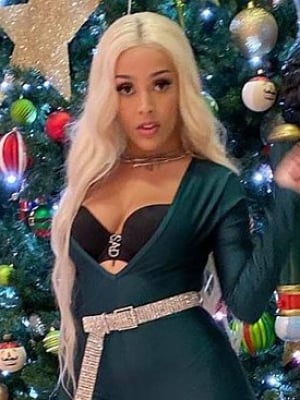