The model embraces her 'mom bod,' showing the stretch marks on her belly while revealing mosquite bites in a Twitter video.

AceShowbiz - Chrissy Teigen is proud of her body, both before and after pregnancies. The mother of two, who often showed skin before she became a mother, stripped down to bikini during her vacation with husband John Legend and their kids in Bali.

The 32-year-old model zoomed in on her belly, revealing the stretch marks from her two pregnancies in a video she posted on Twitter on Monday, July 30. "Guess these just aren't gonna go away. This is my new body," she said in the video, while covering her boobs with one hand.

The "Lip Sync Battle" host also pointed out red marks on her body, tweeting, "Mosquito bites are a nice touch."

Mosquito bites are a nice touch

The mother of two later explained why she decided to show her "mom bod" on social media. "Instagram is crazy. I think it's awesome people have killer bodies and are proud to show them off (I really do!!) but I know how hard it can be to forget what (for lack of a better word) regular ol' bodies look like when everyone looks bonkers amazing," she wrote in a lengthy post.

She added in another post, "also I don't really call this 'body confidence' because I'm not quite there yet. I'm still super insecure. I'm just happy that I can make anyone else out there feel better about themselves!"

also I don’t really call this “body confidence” because I’m not quite there yet. I’m still super insecure. I’m just happy that I can make anyone else out there feel better about themselves!

Chrissy has been sharing photos from her vacation in the tropical island, including a recent picture of her going naked while breastfeeding baby Miller. The cook book author showed that she could still enjoy summer while nursing her 2-month-old son. 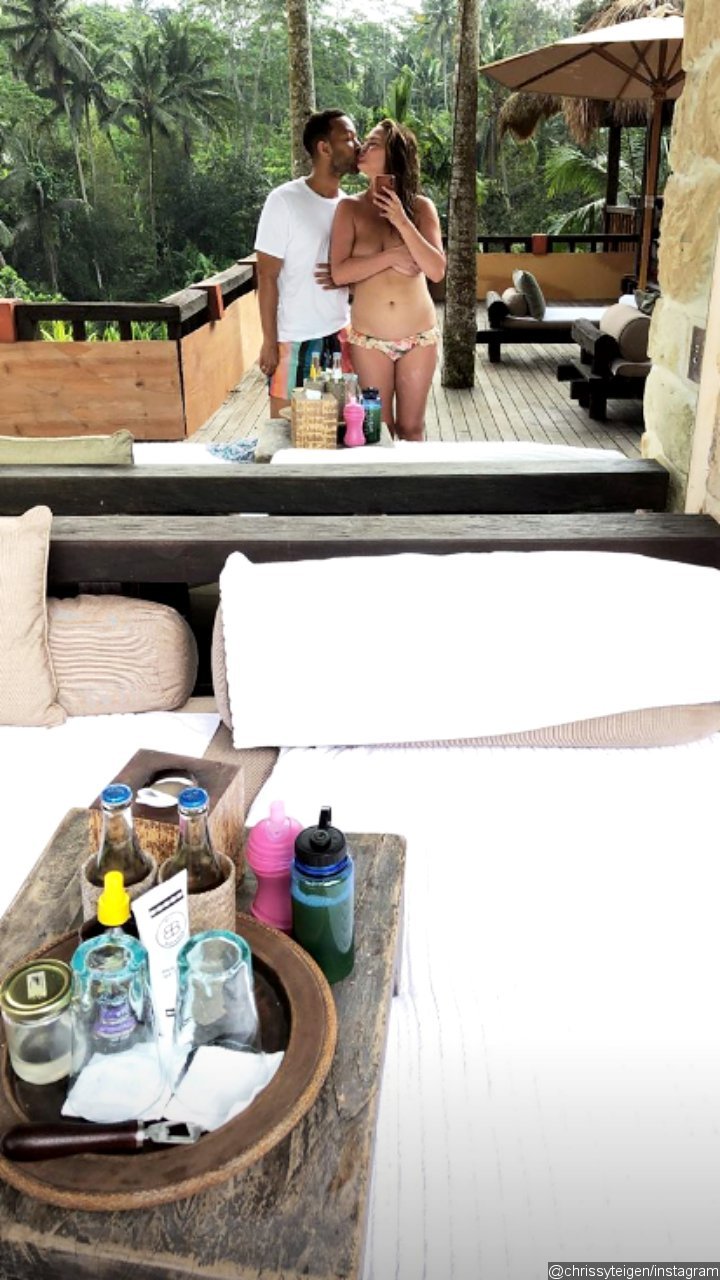 Chrissy Teigen shares a picture from holiday in Bali with John Legend.

But she often got criticized for frequently sharing pictures and videos of her family and kids on social media. She, however, wasn't bothered by the criticisms though, as she once responded to an Instagram user who accused her of being narcissistic when she shared a funny picture of her nursing Miles and Luna's baby doll, "Nah. Just chillin. Posting daily life like I do with anything else. Cooking, playing with dogs, etc. You make feeding a baby big deal because you got weird titty issues."

Kelsey Grammer Confirms 'Frasier' Reboot Is on the Way

Chrissy Teigen Has Daughter's Hand-Drawn Butterfly Tattooed on Her Arm