It's reported that Clara is not the only who's having trouble to welcome the actress as Ewan's four daughters blame her for their parents' divorce.

AceShowbiz - It seems like Ewan McGregor's new girlfriend Mary Elizabeth Winstead hasn't got the blessing from the actor's daughter Clara. The 22-year-old even makes sure to let the actress, who starred opposite Ewan on "Fargo", know that she isn't a fan of her.

Clara left a comment on a photo of Mary Elizabeth posted by a fan account on Instagram. "Most beautiful and talented woman on earth? Oh man y'all are delusional. The girl is a piece of trash x," she wrote of Mary Elizabeth, who has been publicly dating his dad last November. 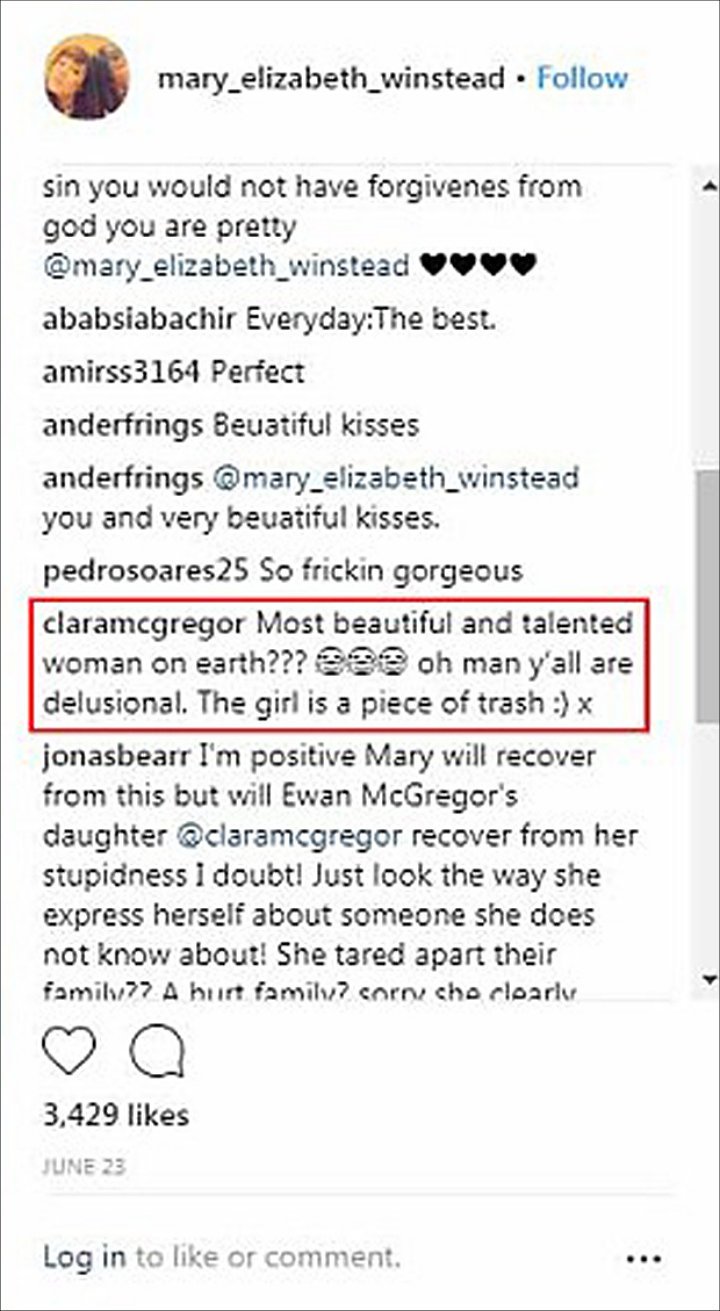 The comment arrived following her graduation, where her estranged parents reunited, at the end of May in New York. Ewan and his estranged wife Eve Mavrakis snapped a smiley selfie with the NYU grad. Ewan officialy filed for divorce from Eve in January, after alledly splitting last October.

It's reported that Clara is not the only who's having trouble to welcome Mary Elizabeth. Ewan's four daughters "have put all the blame for their parents divorce onto their dad's new girlfriend Mary Elizabeth," according to a source close to Clara. The source continues telling HollywoodLife.com, "They're convinced she deliberately stole their dad away from their mom."

"They blame her for destroying their family and they can't forgive her. It's especially hard for Clara because she's the oldest and so protective of her sisters," the insider adds. "When she sees them hurting over this divorce her response is to get angry and lash out at Mary Elizabeth. They’re all really sad over the situation. It's a very hard, challenging time for them, a lot of healing still needs to happen."

Ewan's 15-year-old daughter Esther previously composed a song dedicated to her dad titled "Made You a Man". She uploaded an Instagram video of her strumming her guitar and singing the song, which lyrics told a story of how she found "dumbs**t" online on the day of her birthday. "I don't know to forgive. I don't know if I can. Ruining me," the lyrics continued.