The director reveals the actor tried to send him home via private jet after they learned that his wife went into labor.

AceShowbiz - Dwayne Johnson tried to "move heaven and earth" to get his "Skyscraper" director Rawson Thurber to Los Angeles in the middle of filming to witness the birth of his second child.

The filmmaker, who also teamed up with Dwayne on 2016's "Central Intelligence", had been working through the night with the cast and crew on location last year, when he learned his wife Sarah had gone into labour.

Dwayne previously recalled how Rawson had to step away from the cameras for a few moments as he watched his wife give birth via a FaceTime video call, but the director reveals his leading man actually went out of his way to try and have Thurber flown to Los Angeles via private jet.

"My wife Sarah had our second child, Kensington, and what Dwayne didn't tell you was when she was going into labour, because Dwayne is the kinda guy he is, he did everything he could to get me his private jet down to Los Angeles so I could be there," Rawson told breakfast show "Good Morning America". "But we couldn't quite make it work, 'cause we couldn't find a crew - it was two in the morning and everyone was asleep, but he tried to move heaven and earth."

Playing down his attempted heroics, Dwayne quipped, "I'm not sure we 'couldn't find a crew' - it was a little expensive!"

Despite the joking around, Thurber was really touched by the wrestler-turned-action man's efforts, and the filmmaker believes his deep generosity and kindness is what makes him stand out in Hollywood.

"The thing that's most interesting to me about Dwayne is how genuine he is," Rawson said. "You know, the guy that you see on social media, it's not an act, that's really who he is, and that's why he's the biggest star in the world."

Rawson wasn't the only one celebrating a new addition to his family during Skyscraper's production, which began in Vancouver, Canada last August - the "Jumanji: Welcome to the Jungle" star discovered his girlfriend, Lauren Hashian, was pregnant with the couple's second child, while co-star Neve Campbell and her longtime partner, actor J.J. Feild, were in the process of adopting a little boy named Raynor, a brother for their six-year-old son Caspian. The actress only went public with the news last month. 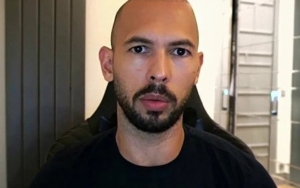 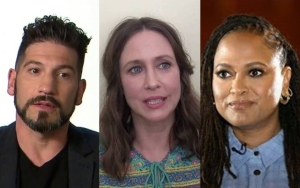