The 60-year-old singer is set to portray Rita Moreno's little sister on the Netflix-original comedy-drama.

The Conga hitmaker has landed a guest role in the upcoming third season of the comedy, for which she performs the revamped theme tune.

"So excited to announce that I'll finally be guest starring on (One Day at a Time)," she shared on Instagram on Monday, June 25. "I'll be playing Mirtha, Lydia's baby sister and arch-nemesis. I'm coming for you, Alvarez family!".

So excited to announce that I'll finally be guest starring on @odaatnetflix I'll be playing Mirtha, Lydia's baby sister and arch-nemesis. I'm coming for you, Alvarez family! #ODAAT

Estefan has previously put her acting skills to the test with a guest spot on Glee and in last year's (17) A Change of Heart movie.

Moreno's One Day at a Time is a reboot of producer Norman Lear's original sitcom, which aired from 1975 until 1984, and starred Bonnie Franklin as a divorced mother-of-two, with Mackenzie Phillips and Valerie Bertinelli as her teenage daughters.

The modern-day take on the franchise, which launched in early 2017, centres on the Cuban-American Alvarez family, with a cast led by Rita Moreno and Justina Machado.

Lear serves as an executive producer on the Netflix project.

Tyra Banks' Mom Urges Her to Have More Children 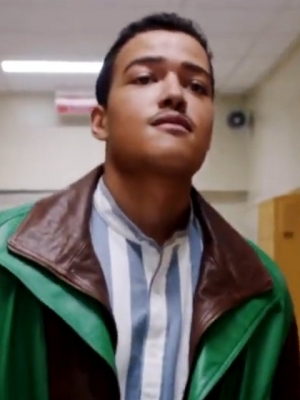