'You need an actor who can put a bit of wiggle into it,' the 65-year-old actor explains why the 'Venom' actor is suitable for the role.

AceShowbiz - Former James Bond star Pierce Brosnan is eager for Tom Hardy to step into the role of superspy 007 when Daniel Craig retires from the coveted gig.

The Dark Knight Rises star has long been a fan favourite to take over the franchise after Daniel's next outing as Bond, and predecessor Pierce is convinced Hardy has what it takes to really make the part his own.

"Daniel Craig has been an incredible Bond," the Die Another Day actor told The Mail On Sunday's Event magazine. "He's very physical, he looks lethal. You genuinely believe this is someone who could kill a man".

"He will do the next movie, and then I think Tom Hardy could be a good Bond," he shared. "I'd be happy to see him do it. You need an actor who can put a bit of wiggle into it - that's what makes Bond".

Hardy isn't the only name to be touted as a possible successor to Craig - Idris Elba, Aidan Turner, and James Norton were previously also said to be in the running for the prestigious job.

There has also been talk of switching up the gender of author Ian Fleming's famed secret agent and casting an actress as Bond - but Pierce fears it would stray too far from the origin story.

"I think a woman could play Bond but it wouldn't be James Bond," he mused.

Brosnan played Bond in four films, from 1995's GoldenEye to 2002's Die Another Day, and admits he had a tough time accepting his exit from the storied franchise.

It wasn't until he returned to the U.K.'s Pinewood Studios to film 2008's Mamma Mia! movie musical that he really came to terms with being replaced by Craig for 2006's Casino Royale.

"I looked out of my dressing room window, saw a huge 007 on the wall opposite me and realised we were on the James Bond set," he recalled.

"That was the moment I faced up to my past. I had issues for many years... Now I just have great feelings about Bond".

Craig is widely expected to walk away from Bond after filming the next instalment with Danny Boyle, which will mark his fifth appearance as 007.

Production on the as-yet-untitled movie will begin in December, and it will open in theatres in October, 2019. 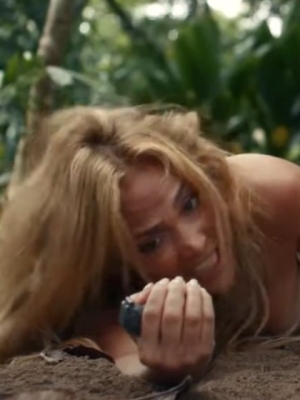