Calling the 'Avatar' actress 'my ride or die, my friend, my partner in crime,' the 'Ted' star says the Walk of Fame Star honoree is '100 percent genuine.'

AceShowbiz - Zoe Saldana's home is full of loud love, according to the actress' best Hollywood pal Mila Kunis, who stepped up to salute the "Avatar" leading lady as she unveiled a star on the Walk of Fame on Thursday, May 3.

Calling Zoe "my ride or die, my friend, my partner in crime," Kunis, who was joined at the Hollywood Boulevard ceremony by her husband Ashton Kutcher, revealed a visit to the "Guardians of the Galaxy" star's home should come with earplugs. 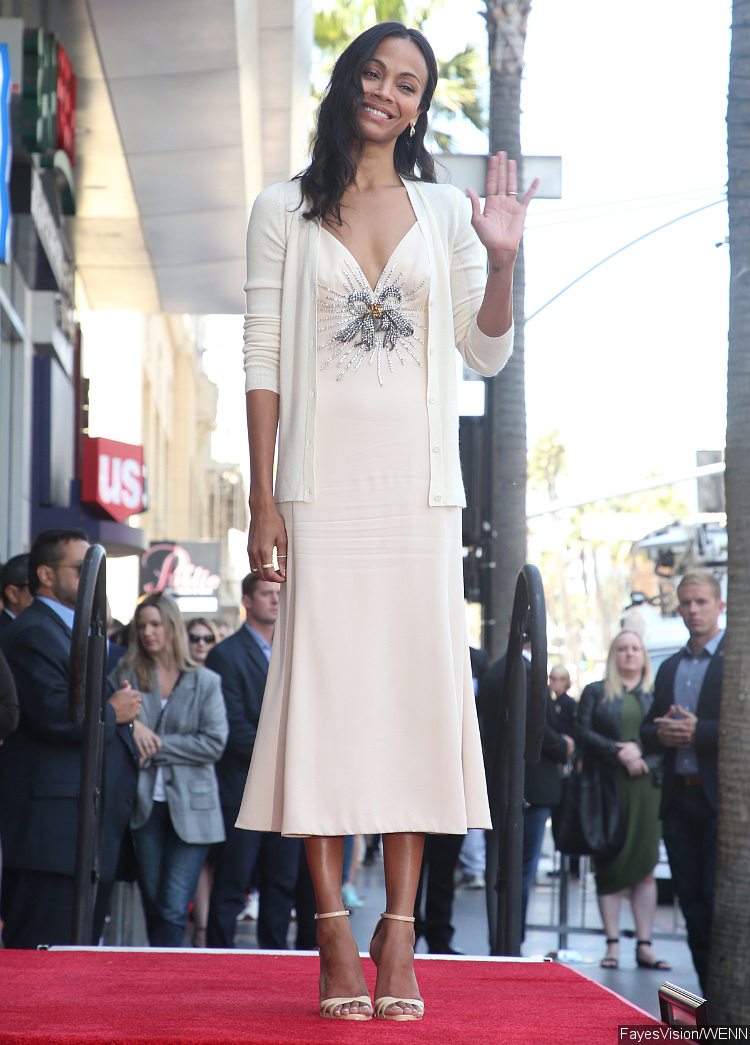 "She is loud," Mila said. "Like, no joke, her superpower is volume. Walk into Zoe's house and they are screaming, in English, in Spanish, in Italian. It is the loudest love you'll ever receive in your life. The loudest love I've ever heard." 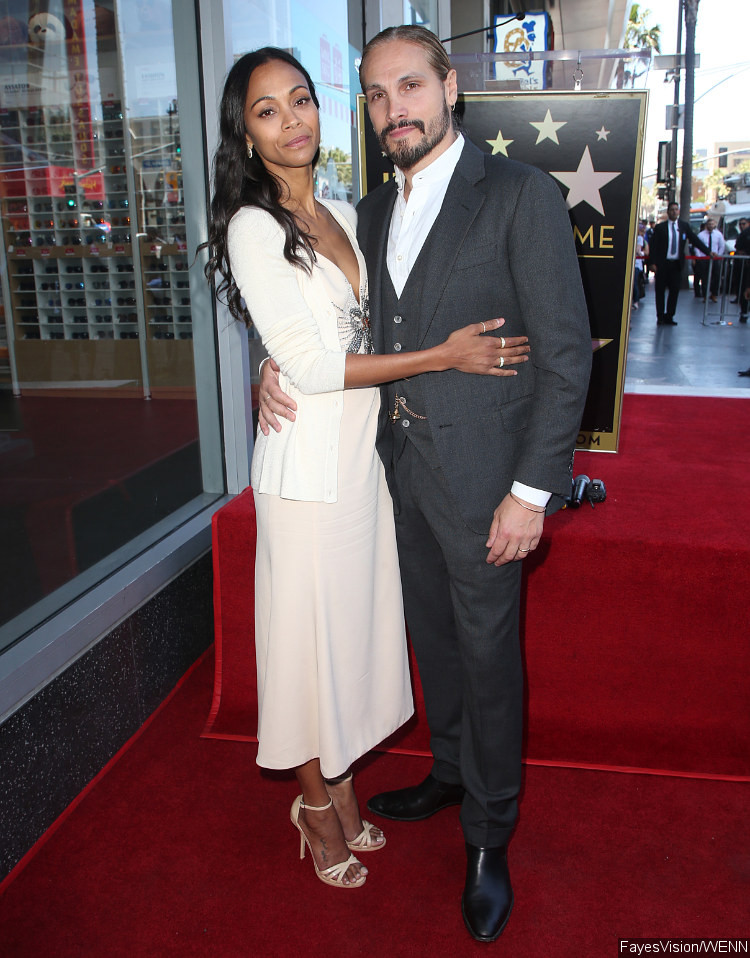 Zoe Saldana was joined by husband Marco Perego at Walk of Fame ceremony.

Kunis teared up as she looked at her pal, who was sobbing, and added, "But it makes sense. When this girl loves, she is all in. She's all-in for her family, her friends, and all-in for her work... She is 100 per cent genuine."

"I admire you as a person, a wife, a mother, a sister, a businesswoman and as an actress. While the world knows you for the characters you have played, I have the privilege of knowing the working mum behind the scenes." 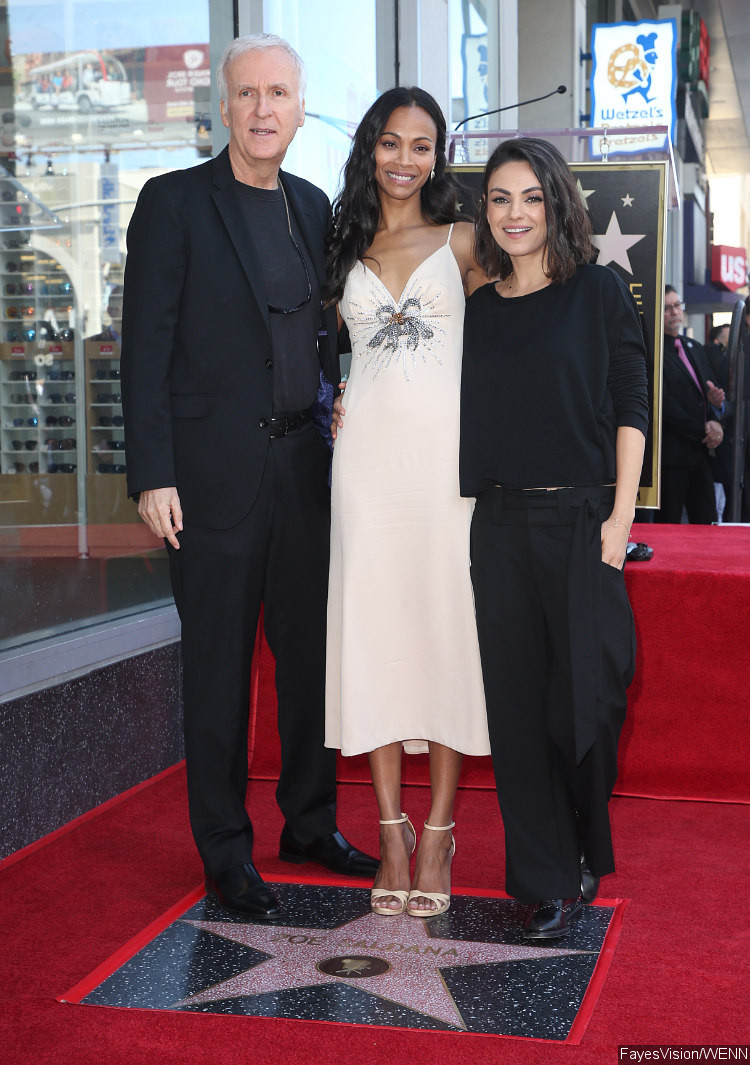 Saldana was a wreck as she took to the stage to thank her pal and director James Cameron, who also paid tribute to his "Avatar" leading lady.

She told fans, "This is a moment that can be paralyzing, because you're not used to sort of taking a moment to be present and take accolades and acknowledgement, because you're so busy working and opening doors for yourself, so others can walk through these doors. It's not until something like this happens that I'm shaken... and I'm compelled to sort of sit still and take things in, so I'm grateful."

She added, "This star reminds me that I've been here for over two decades, you know, dreaming big and working hard, and now, I know that younger people will get to come here and, if I can be a point of reference and inspiration for them, because I look like them, because I represent something that they've felt excluded out of, which is a narrative, that they at least know that they are included, they are a part of the American fabric and they have what it takes to make anything happen. It means a lot." 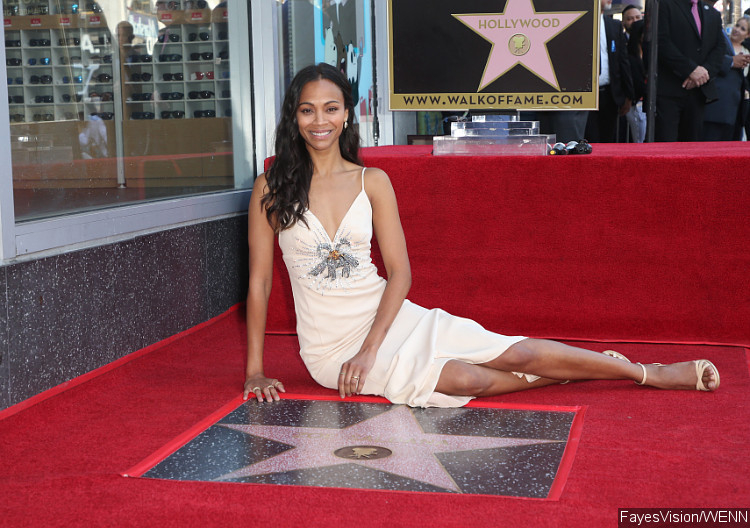 And raving about Mila after the ceremony, Zoe, who was joined at the ceremony by her husband Marco Perego and their three sons, Bowie, Cy and Zen, told Entertainment Tonight, "With all the actors that I've worked with that are now my friends, it feels just great to be able to grow with them and to see ourselves, not just as young people and thriving actors, but now just as parents and as producers, as professionals, as entrepreneurs. It's just wonderful."

Christina Aguilera Blasts 'The Voice', Calls It an 'Energy Sucker'

Surgeon and Hospital Deny Being Responsible for Bill Paxton's Death

Zoe Saldana Backtracks on Her Remarks About Being 'Stuck' in Blockbusters 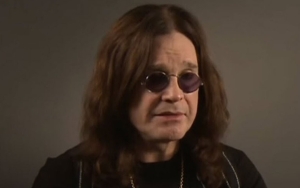