The 'Fast Five' actress kissed and wrapped her arms around her hunky husband, who cheekily squeezed her toned derriere on a beach in Australia.

AceShowbiz - Chris Hemsworth and wife Elsa Pataky undoubtedly still have the hots for each other. The famous couple was spotted getting handsy during a recent beach outing in the actor's native Australia over Easter weekend.

The pair were photographed making out while enjoying time together on the beach. Donning a skimpy black bikini, the "Fast Five" actress wrapped her arms around her hunky husband as she planted a deep kiss at Chris' lips. Meanwhile, Chris cheekily squeezed his wife's toned derriere. 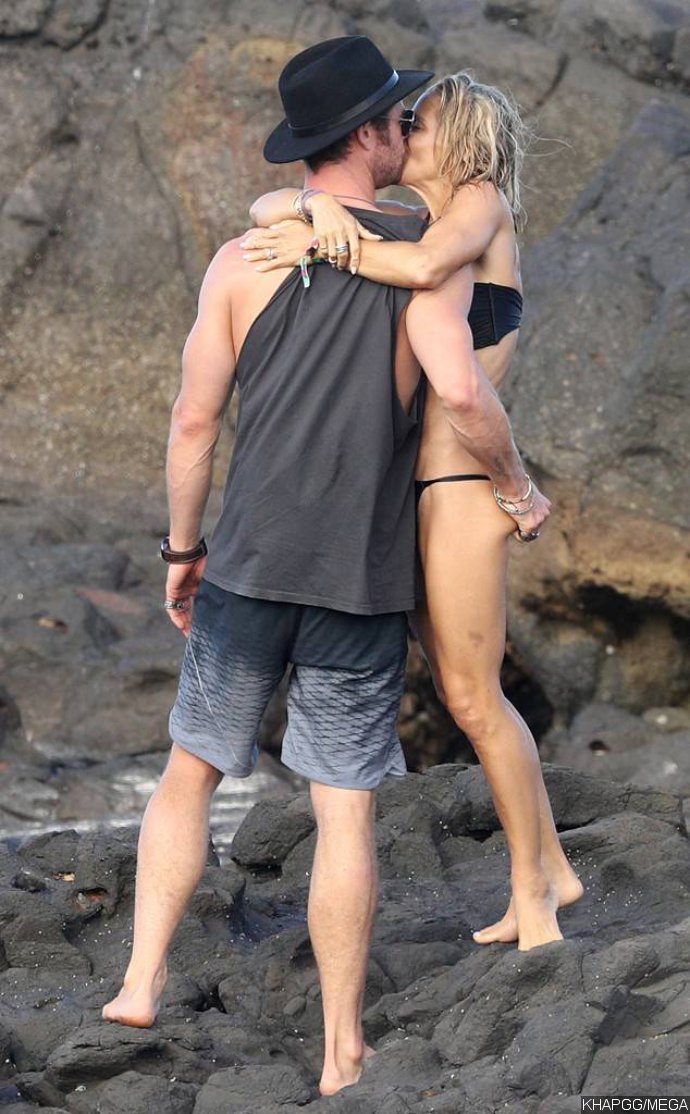 For the outing, the "Thor" actor flaunted his toned figure in a shirtless gray top and color-coordinated shorts. He looked fashionable as he wore a black fedora hat and sunglasses to protect himself from the scorching sun.

Chris couldn't keep his hands off Elsa. The 34-year-old actor kept his hand placed on Elsa's booty as they walked across the rocks on the beach. 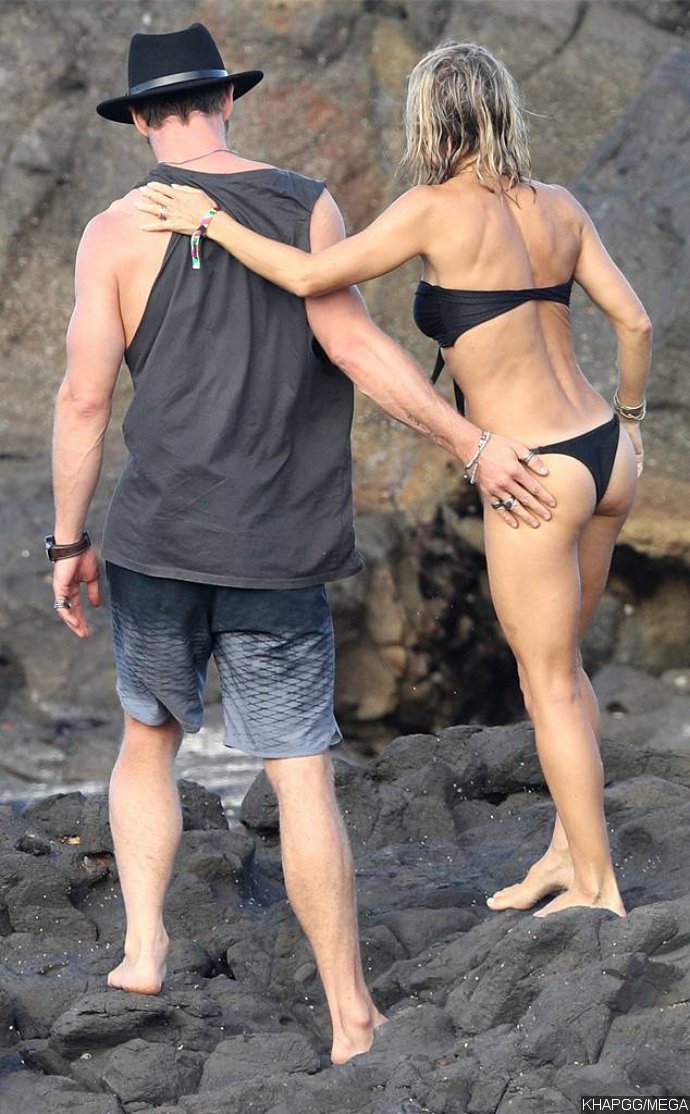 It appeared that Chris' pal Matt Damon joined the pair during the outing. Matt, Chris and another male friends were snapped enjoying beers while laughing together on the beach.

Chris and Elsa were not the only couple who had a steamy moment during the outing. Matt was also seen packing on the PDA with his wife, Luciana Barroso, who looked gorgeous in a yellow dress.

Elsa took to her Instagram account to share a photo of her, Matt and Luciana attending a music festival in Byron Bay. "Fun times with my favorite people!" she wrote, adding that she was "missing" Chris, who wasn't featured in the photo.

Chris, meanwhile, shared a photo of him and the festival's crew. "@bluesfestbyronbay crew at it again !! Best festival goin round!" he captioned it.