Clocking in at two minutes, the clip is from the first episode of the upcoming season 4, which is based on the fourth book in Diana Gabaldon's book series titled 'Drums of Autumn'.

AceShowbiz - Ahead of season 4 of "Outlander", Starz treats subscribers to a brief teaser of the new season. The clip, which can be watched on the network's app or video on demand, is taken from the first episode which was filmed last October.

Clocking in at two minutes, the clip is from the first episode of the upcoming season 4, which is based on the fourth book in Diana Gabaldon's book series titled "Drums of Autumn". It sees Jamie (%cSam Heughan%) and Claire (%cCaitriona Balfe%) driving their wagon at night.

They are later stopped by a group of curious Redcoats, though. "What is it that brings you out so perilously late?" asks one British soldier, to which Claire responds, "A family matter."

As if Claire's answer doesn't satisfy him, he continues, "What have you in the wagon?" Jamie replies, "Nothing of worth." He goes on explaining that it's just venison, oats and a corpse. He tells the soldier that they're transporting one of his men "that was hanged this afternoon," with Claire adding that they are taking him for a "proper burial with his kinsmen."

The soldier is not convinced enough as he orders another redcoat soldier to stab the body at the leg. "Not a twitch," the bayonet-wielding redcoat says, confirming that it is indeed a dead body. They let Jamie and Claire drive away before the screen goes black.

The body in the back of Jamie's carriage is actually a very alive man named Stephen Bonnet (%cEd Speelers%). He's an Irish criminal who was supposed to be executed but managed to escape. He asks Jamie for help, which the latter accepts despite being a little wary. Fans assume that Bonnet will play a crucial role in the next season of the time-travel series.

"Outlander" is set to return for season 4 sometime this year on Starz. 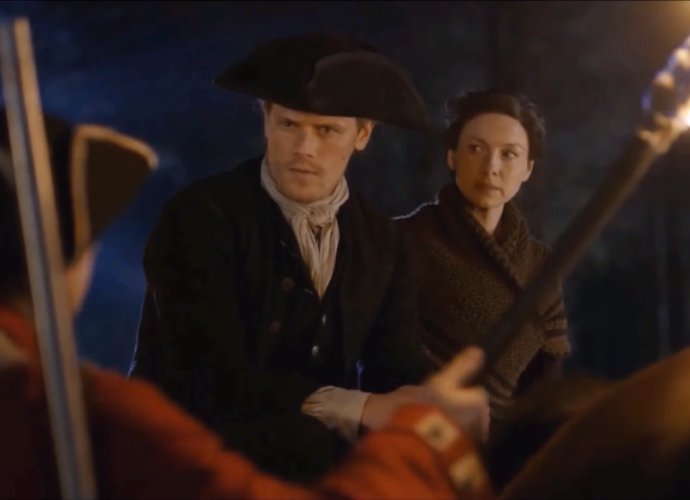