A spokesperson for the Archdiocese reveals that Blessed Sacrament school, the school where Pump films the music video, fails to tell the organization what will be going on in the clip.

AceShowbiz - Lil Pump has just gotten a Catholic elementary school into a serious trouble. It has been reported that the Archdiocese of Los Angeles is furious that Pump filmed the music video for "Gucci Gang" at Blessed Sacrament school.

A spokesperson for the Archdiocese told TMZ that the school failed to tell the organization what would be going on in the video. They weren't happy about that, especially after they learned what actually happened in the said clip. As everyone knows, the visuals finds the young rapper smoking weed, sipping lean and slapping a teacher with a plastic bag full of marijuana.

The spokesperson further explained that there were "extremely strict" filming policy and procedures for all schools and parishes operated by the Archdiocese, and the school failed to follow that. It is unknown what the Archdiocese will do as the organization is currently looking into the matter.

On the other hand, both Pump and the school have yet to respond to the matter.

Following the success of "Gucci Gang", it appears that Pump is gearing up for a new track. He won't be alone, though. Lil Yachty, who was featured on Pump's "Back", is going to assist the rapper on the upcoming track. Yachty took to Twitter last month to tease the said project, posting a screenshot of their text conversations.

In the screenshot, Pump told the "Forever Young" rapper that they need to release the track in January or February before "going on a tour," to which Yachty responded, "Let's do it". Yachty captioned the picture, "First of the year. We promise."

First Of The Year, We Promise 🤞🏿 pic.twitter.com/Q1GtiuE5yu 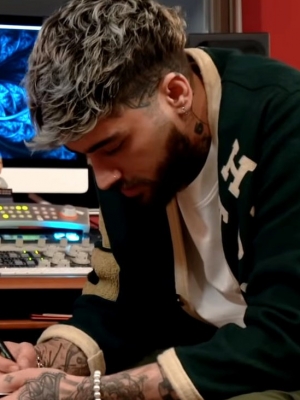