Joining the 'Beguiled' actress as the honorees of '10 Best Actors of the Year' in the magazine are Jake Gyllenhaal, Saoirse Ronan, Tiffany Haddish, Andy Serkis and Timothee Chalamet.

AceShowbiz - Nicole Kidman is going full scream queen mode on the cover of The New York Time Magazine's Great Performers Issue. The "Big Little Lies" star and other actors who are honored as the magazine's "10 Best Actors of the Year" channel their dark sides in the horror-themed photo shoot by world-renowned director and photographer Floria Sigismondi. Other honorees in "The Year of Horror" edition include Jake Gyllenhaal, Saoirse Ronan and Tiffany Haddish.

Fifty-year-old Kidman, who donned a maid costume, can be seen screaming against the wall. Another photo, which is taken from a short film titled "The Possessed", features the blonde beauty writhing on the floor beside shattered ceramic. Kidman was chosen to be one of the honorees for her stunning performance in dramatic thriller "The Beguiled".

Cover of this year's @NYTmag Great Performers issue. It was a horrifying year, at the movies & IRL, so we made 10 short horror films. Stay tuned: the films & photos land tomorrow, along with @aoscott & @Wesley_Morris's list of the year's 10 best movie performances. pic.twitter.com/MhWeuAvXUu

Daniela Vega, meanwhile, channels her inner vampire. The terrifying picture of her sees her staring straight at the camera with blood dripping out from her red lips. "Call Me by Your Name" breakout star Timothee Chalamet is having a feast in another photo as The Cannibal. Donning a blue shirt underneath a white vest, which has blood stain on it, Chalamet looks pretty much satisfied with his meal, a bloody heart with beautiful garnish. 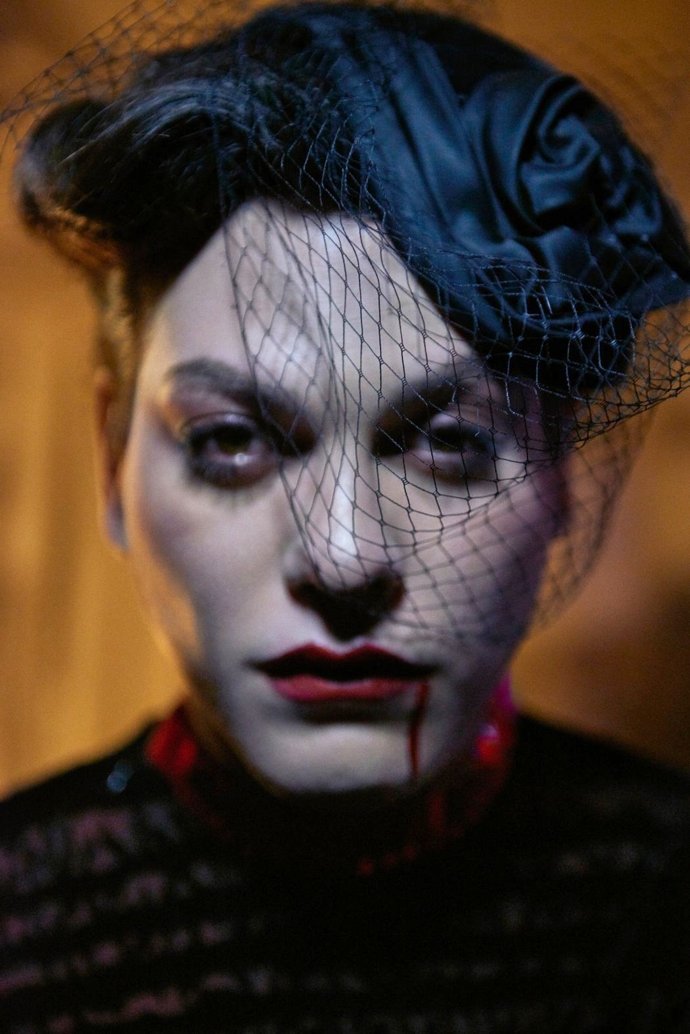 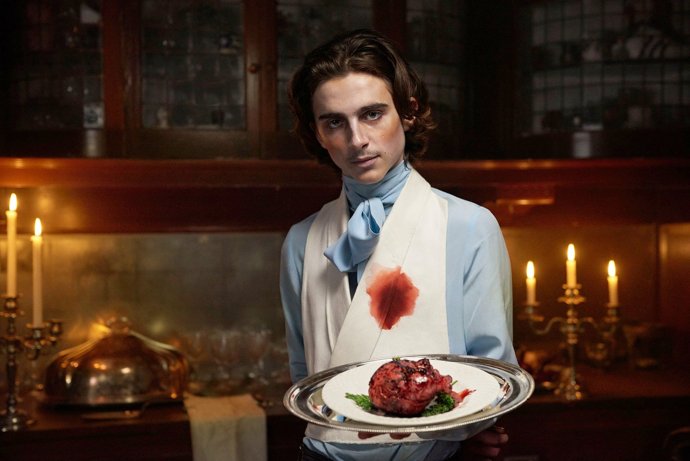 "Lady Bird" star Saoirse Ronan looks convincing as a pretty mannequin. Donning a fuschia satin dress, the American-Irish beauty sits on a horse doll in a room full of distorted mannequins. Also joining the horror festivity is Brooklyn Prince, who starred in "The Florida Project". The 7-year-old gives a total demon child vibe as she stands while frighteningly staring straight at the camera in a shabby dress. 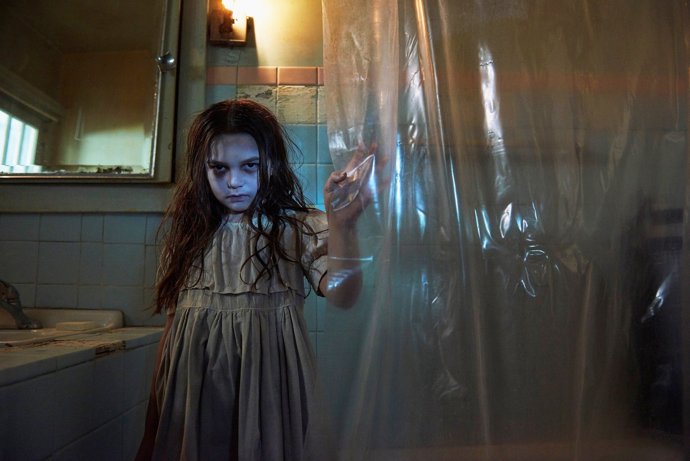 Andy Serkis offers his take as The Demented Clown. Though he looks nothing like Pennywise of "It", the "War for the Planet of the Apes" actor's clown definitely will scare any kids who run into him. Then there is Cynthia Nixon, who is ready to haunt everyone as The Ghost Bride. Wearing a worn-out wedding dress, Nixon's ghost bride is intimidating with her blank white eyes. 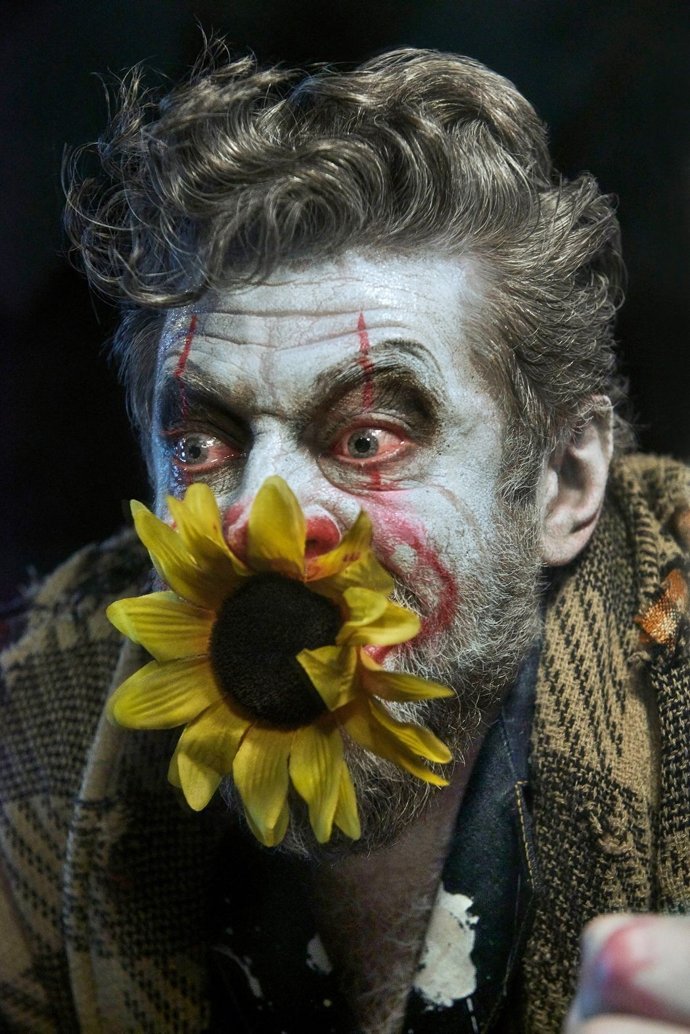 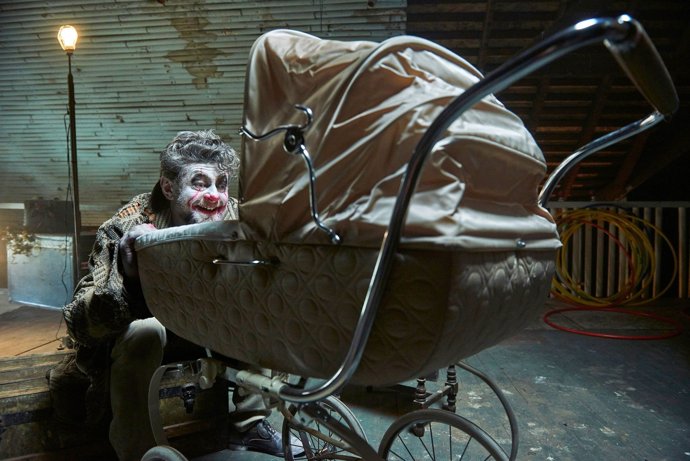 Daniel Kaluuya is featured in a disturbing photo as The Psycho Killer. The leading man of critically-acclaimed movie "Get Out" perches on a bed in what looks like a hotel with a bloody hand reaching out under the bed and holding to his leg. Haddish, on the other hand, is a macabre dancer. She can be seen dancing with a skeleton like it's normal. 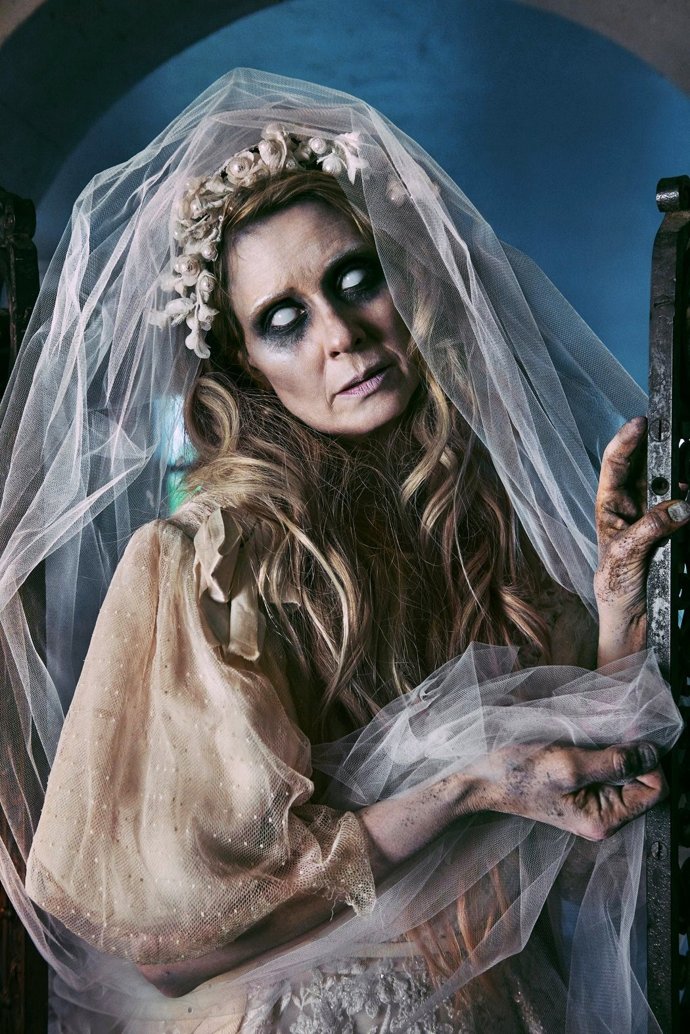 Thanks @NYTMag for including me in the Great Performers Issue!

The last photo sees Jake Gyllenhaal as The Damned. The Oscar-winning actor, who is honored for his portrayal of Jeff Bauman in "Stronger", looks troubled as he scrawls a cryptic drawing on the wall. 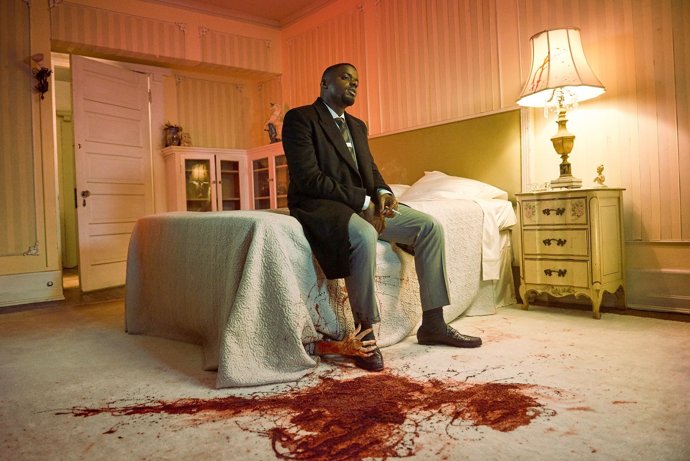 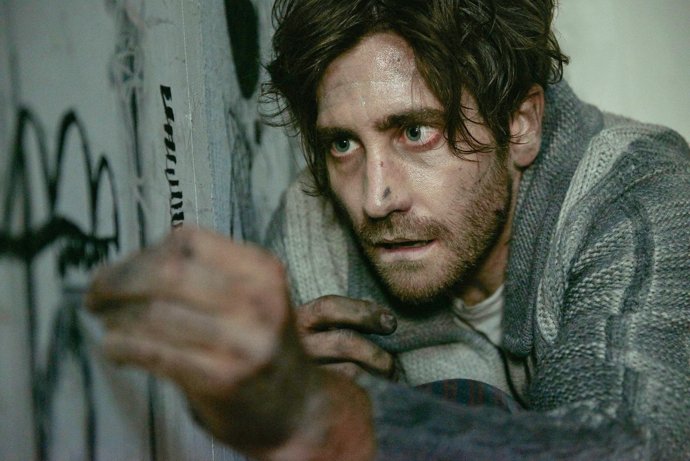 Are Bella Hadid and The Weeknd Finally Back on?